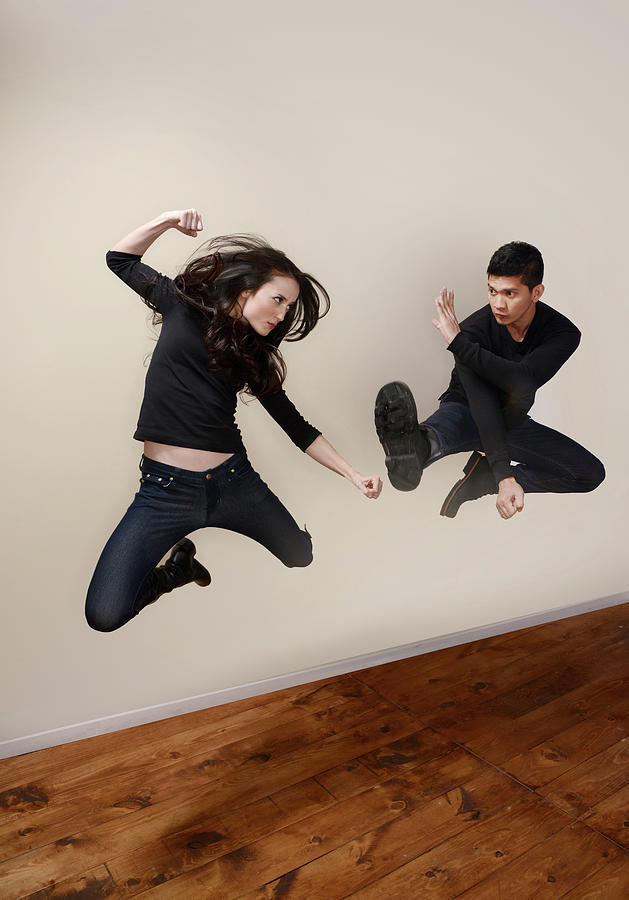 PARK CITY, UT - JANUARY 22: (EDITORS NOTE: This image has been digitally retouched) Actors Julie Estelle and Iko Uwais pose for a portrait during the 2014 Sundance Film Festival at the Getty Images Portrait Studio at the Village At The Lift Presented By McDonald's McCafe on January 22, 2014 in Park City, Utah. (Photo by Larry Busacca/Getty Images)