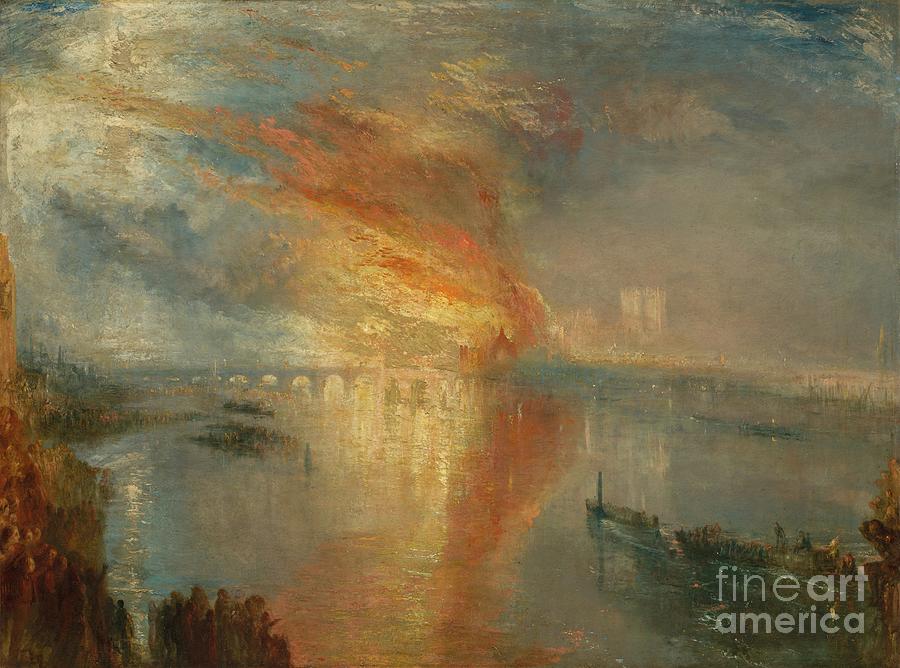 The Burning Of The Houses Of Lords

The Burning Of The Houses Of Lords

The Burning of the Houses of Lords and Commons, 16 October 1834, 1835. On the night of October 16, 1834, fire consumed the Houses of Parliament in London. Londoners gathered along the banks of the river Thames to gaze in awe at the horrifying spectacle. Initially, a low tide made it difficult to pump water to fire-fighting equipment on land; likewise, it hampered steamers towing fire-fighting equipment up the river. Although the tides eventually shifted, the effort was futile, as the fire burned uncontrollably for hours. Turner records this as the steamers in the lower-right corner head toward the flames.Although Turner based the painting on an actual event, he used the disaster as the starting point to express man?s helplessness when confronted with the destructive powers of nature, here dissolved in brilliant swaths of colour and variable atmospheric effects that border on abstraction. Creator James McNeill Whistler (American, 1834-1903). (Photo by Heritage Arts/Heritage Images via Getty Images)