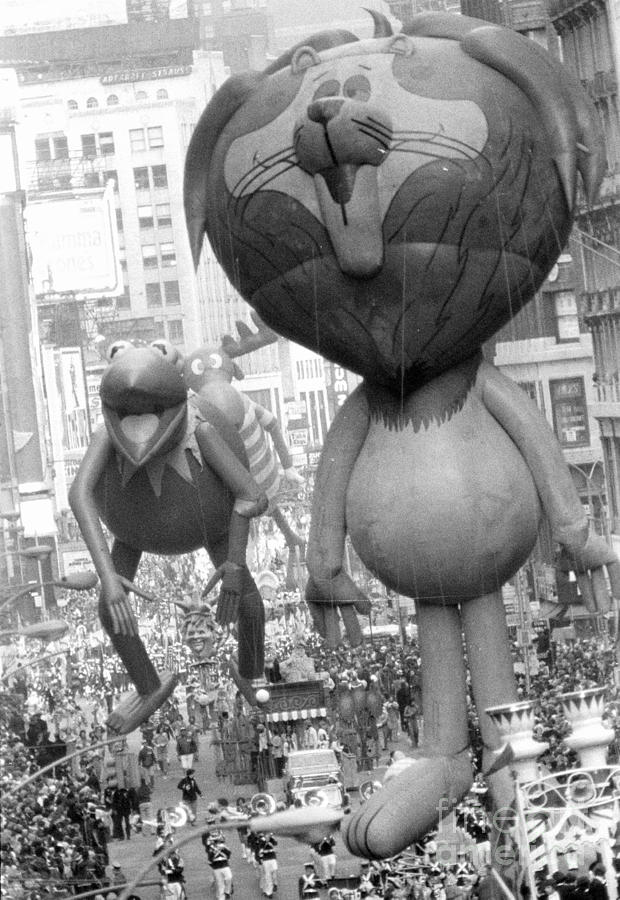 UNITED STATES - CIRCA 2001: The 51st annual Macy's Thanksgiving Day parade gets the Turkey Day off to a festive beginning as it winds through Manhattan from 77th St. and Central Park West to 34th St., where marching bands and big name entertainers strut their stuff for a nationwide TV audience. An estimated one million lined the route for a glimpse of the famous giant balloons. The favorites were joined this year by a new Kermit the Frog, one of Jim Henson's Muppets. (Photo by James Garrett/NY Daily News Archive via Getty Images)