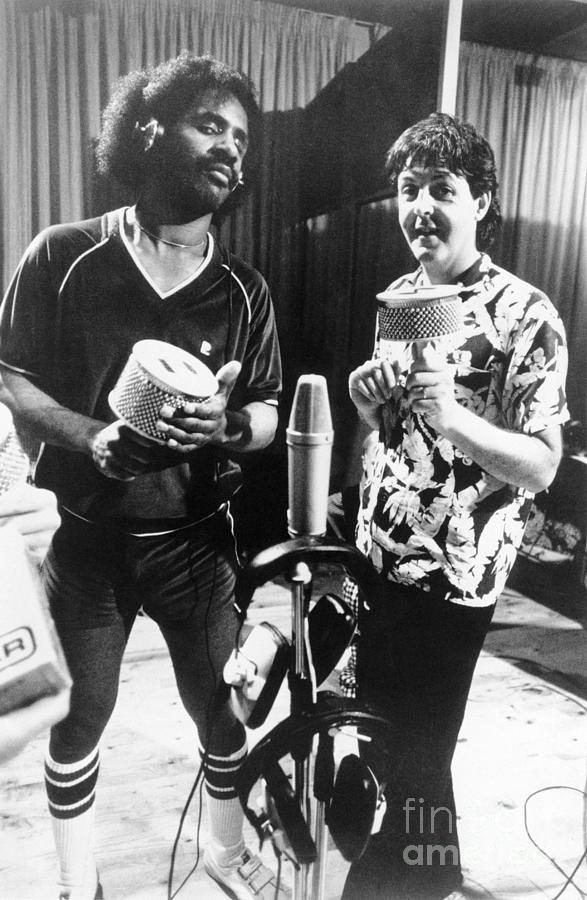 (Original Caption) Paul McCartney fans can't wait until his latest album, Tug of War, is released in late April. The first single from the album, "Ebony and Ivory," will be released this week, teaming McCartney with Stevie Wonder (left). Wonder and McCartney are shown as they recorded the album last year in a series of recordings on the Carribean Island of Montserrat.