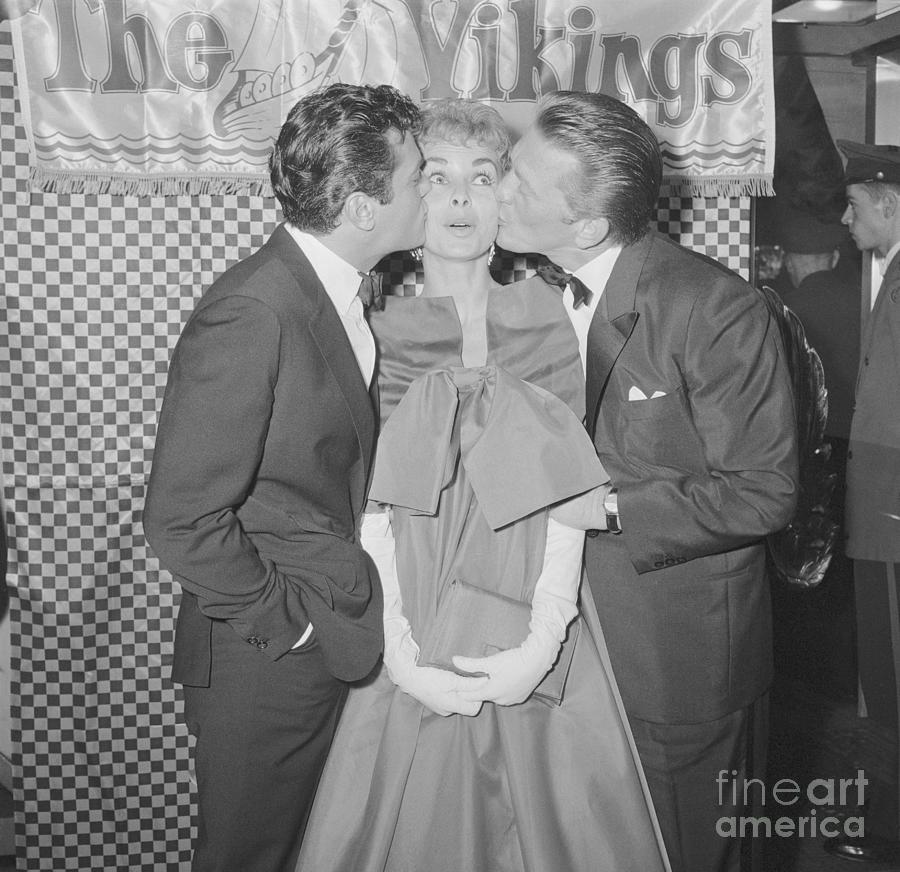 Stars Of The Vikings

Stars Of The Vikings

(Original Caption) Caught in a two-way smackup, Janet Leigh get plenty of lip from husband Tony Curtis (L) and Kirk Douglas. The three stars smooched while making personal appearances in two adjoining New York theatres where their new movie The Vikings was premiered simultaneously. Proceeds from the event benefited the Crown Princess student exchange between the US and Norway.