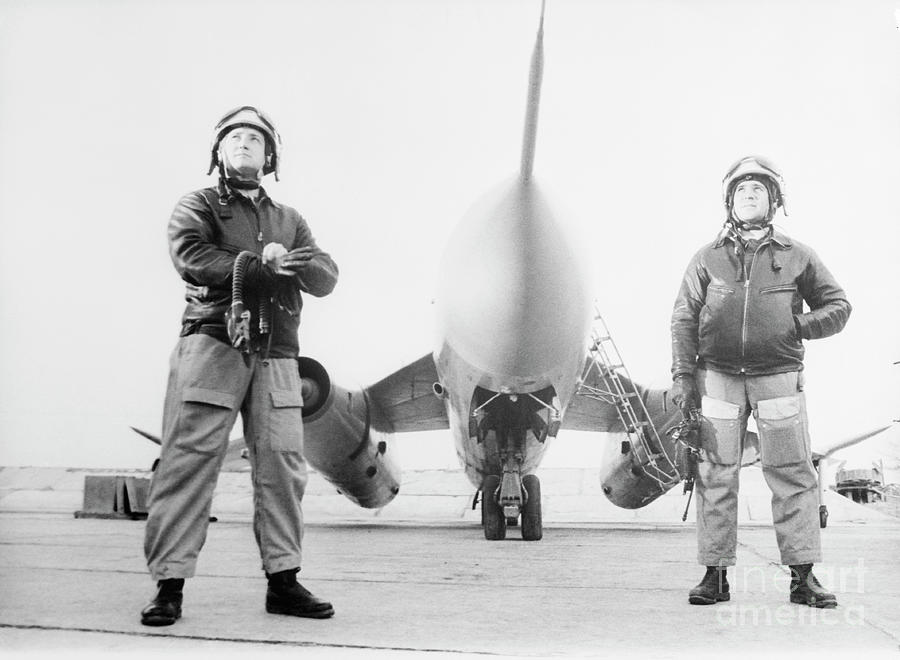 (Original Caption) Soviet Air Force Captains E.Shatilo (left) and V.Guley stand ready to defend their country, according to an official Communist source from which this photo was obtained. The men are part of the force equipped with modern techniques allowing them reach enemy attackers at "every height and every speed", according to the source.