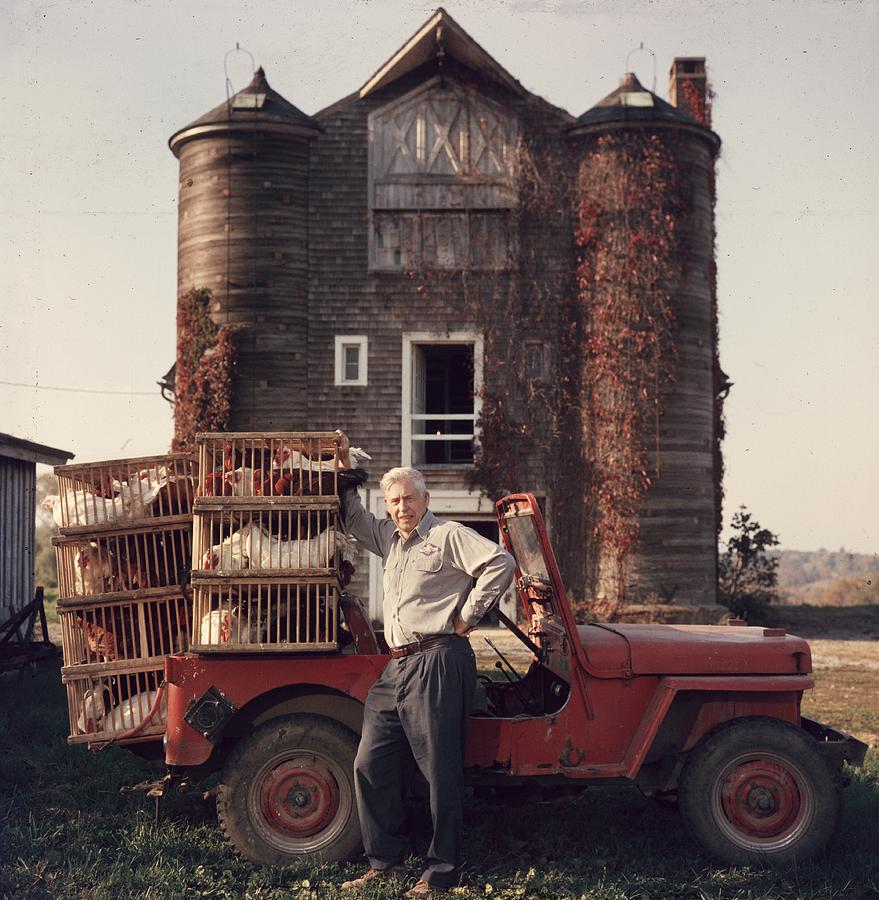 1962: Henry Agard Wallace (1888 - 1965), who served as US vice-president under Franklin D Roosevelt, in South Salem, New York. The son of former agricultural secretary Henry Cantwell Wallace, a position which he himself filled from 1933 to 1940. He was also the presidential candidate of the Progressive Party in the election of 1948. (Photo by Slim Aarons/Getty Images)