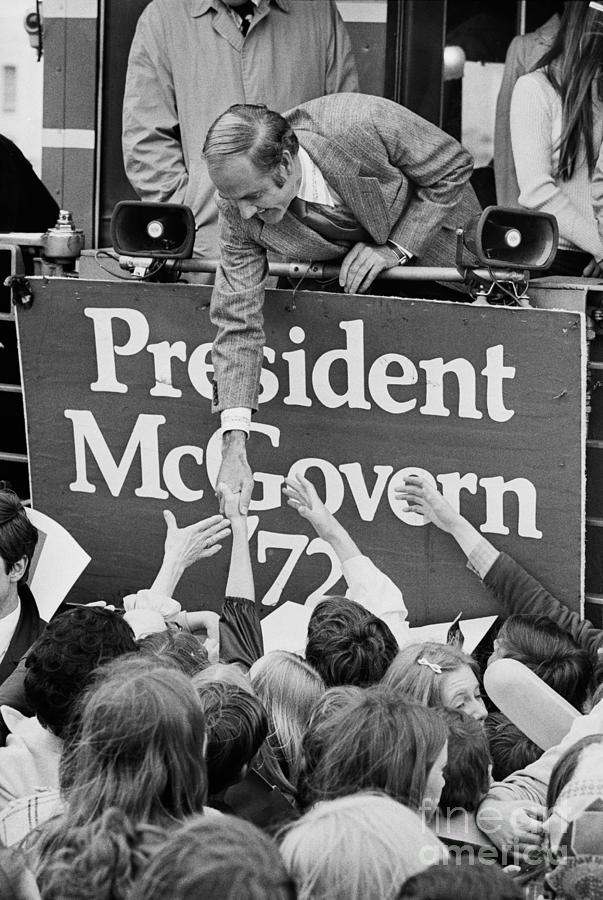 (Original Caption) LEXINGTON, NEB.: Sen. George McGovern (D-SD), one of those seeking the Democratic presidential nomination, greets people during a rally in Lexington May 6th while on a whistle-stop campaign in Nebraska. Following the May 15th shooting of Alabama's Gov. George C. Wallace, also a campaigner for the Democratic presidential nomination, Eugene Rossides, who was primary authority over the Secret Service, warned that it was "very, very dangerous" for candidates to mingle with crowds.