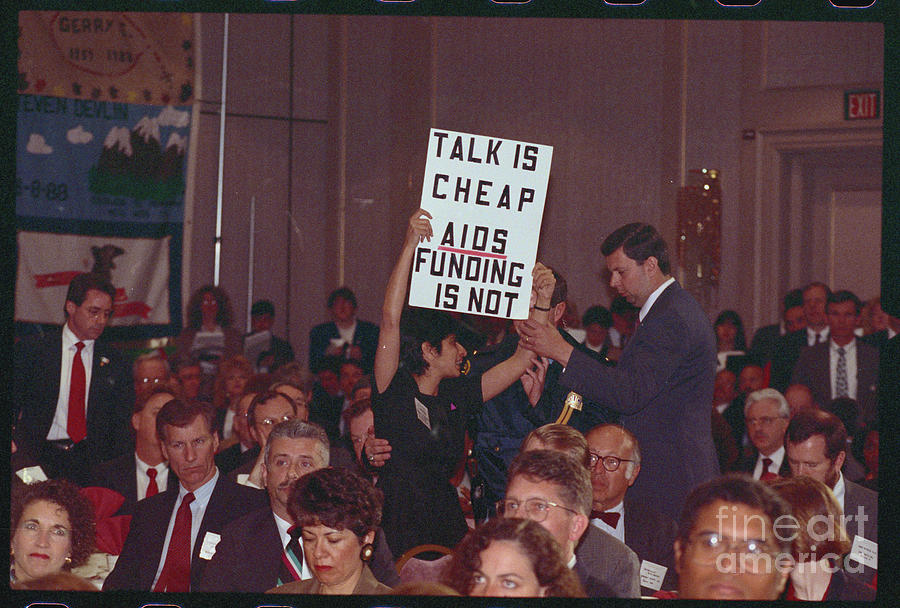 (Original Caption) Arlington, Va.: Security officers remove a demonstrator from the audience during President Bush's speech to the National Leadership Coalition on AIDS. The president, who was interrupted by hecklers in the audience, declared Americans are going to "fight like hell" against the AIDS epidemic.