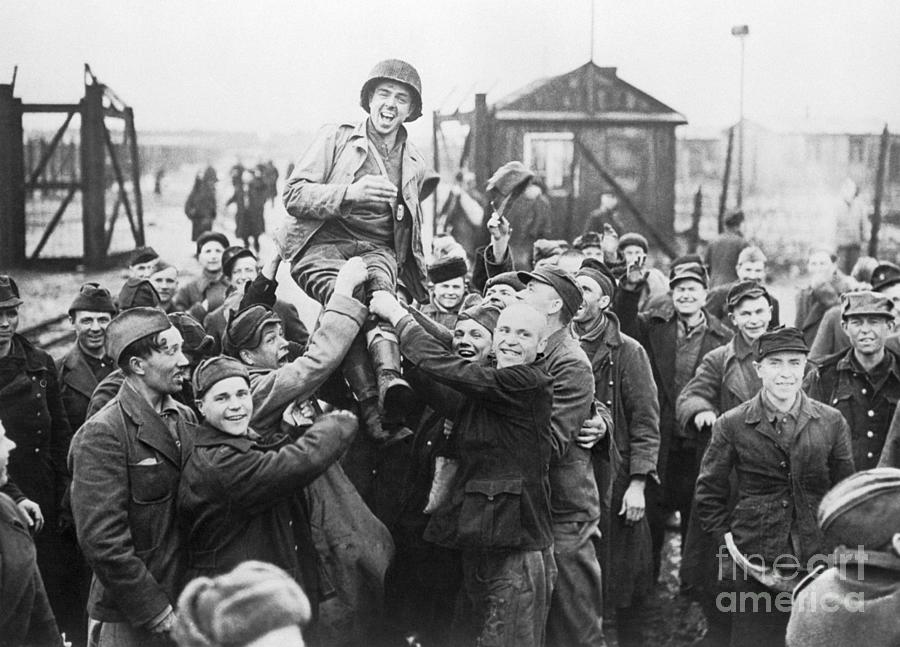 (Original Caption) 4/18/1945- Eselheide, Germany: Jubilant over liberation. Overjoyed with their new freedom and grateful to the Yanks who made it possible these happy Russians raise a U.S. ninth army solider to their shoulders and "Chair" him over the grounds of their former prison camp. The liberated Russians -- there were about 9,000 of them at the camp -- told the yanks that 30,000 of their comrades had died in captiviity the men died of starvation at the rate of 70 per day.