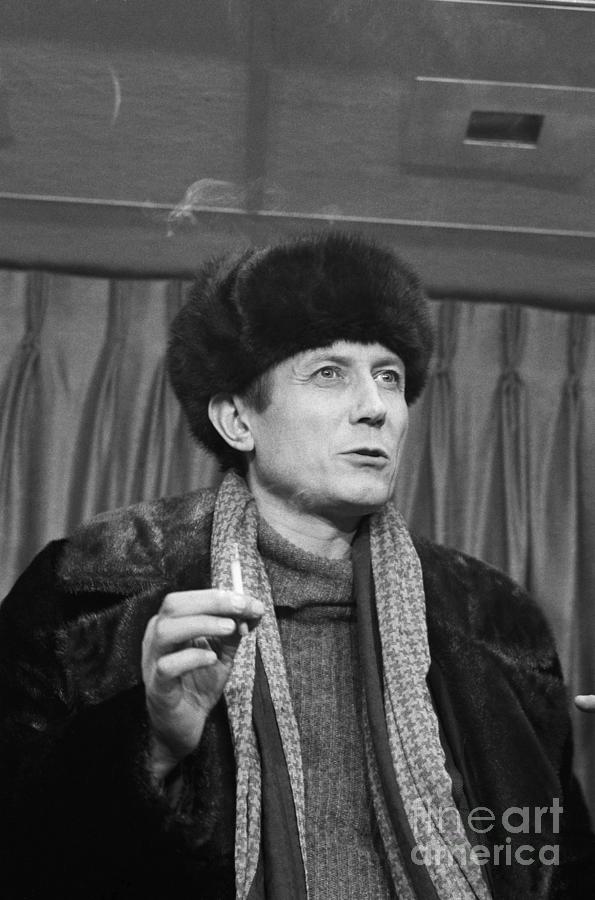 (Original Caption) February 1, 1972-Yevtushenko-New York: Smoking a cigarette, he looks very Russian as Russian as a movie character actor might portray one. He is a Russian, a very important one, the poet, Yevgeny Yevtushenko. Arriving in New York January 19th for a poetry reading appearance, he struck this pose while facing the press. Some 5,000 people crowded into New York's felt forum January 29th in New York to see and hear Yevtushenko and other poets. UPI b/w photograph.