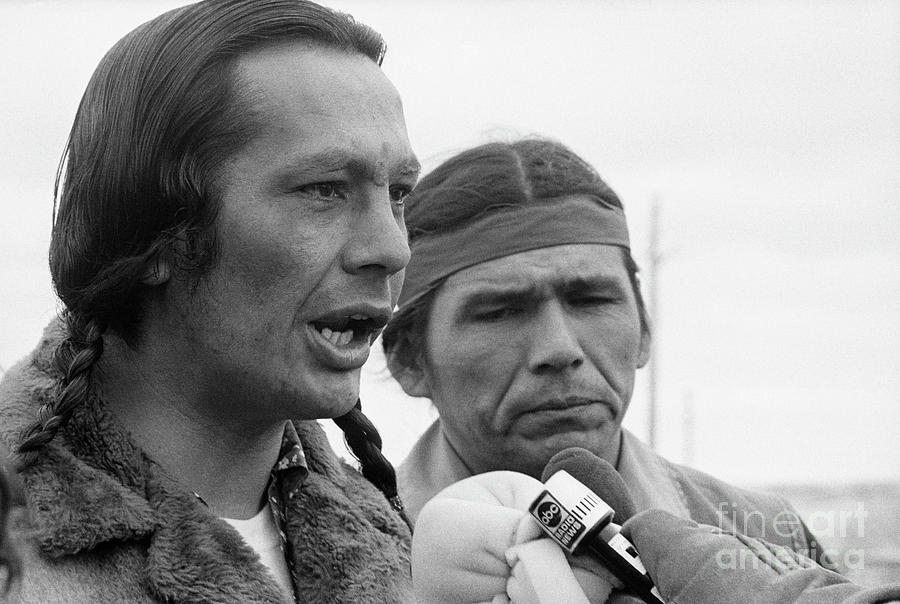 American Indian Movement (AIM) leaders Russell Means (l) and Dennis Banks dispute a statement that was made by a government spokesman on March 9th, in which the spokesman said that an agreement "in principle" had been reached with millions of Indians occupying Wounded Knee trading posts.