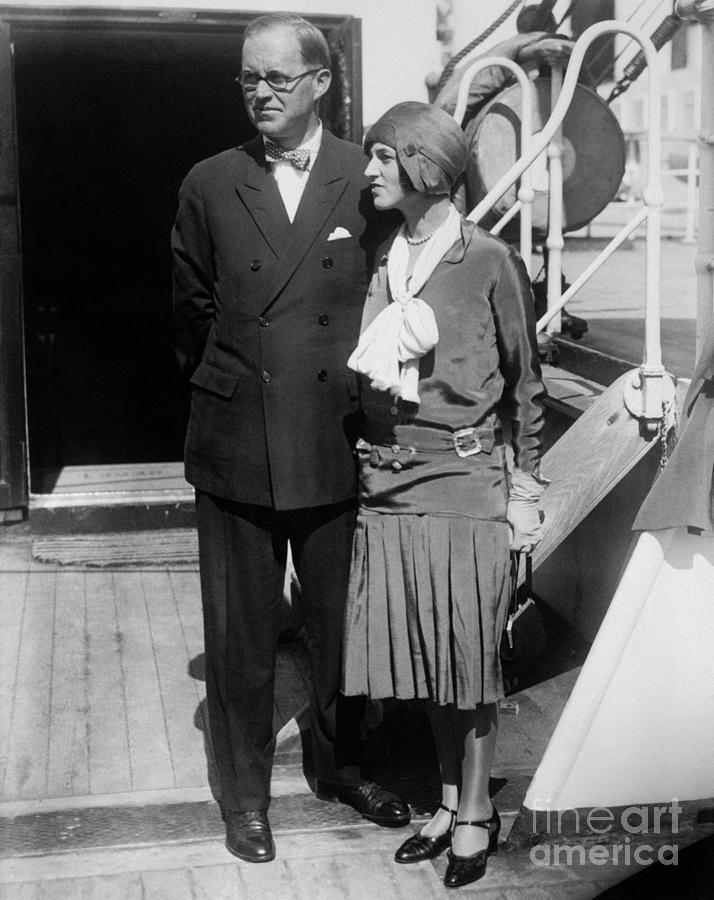 (Original Caption) Aboard the S.S. Aquitania, Mr. and Mrs. Joseph P. Kennedy return from Europe in the late 1920s. This was Rose Kennedy's first trip to Europe. In her autobiography, movie star Gloria Swanson revealed that she had a lengthy secret love affair with Joseph Kennedy, the patriarch of the Kennedy clan, according to excerpts from a condensation of "Swanson On Swanson," appearing in the November issue of Ladies Home Journal.