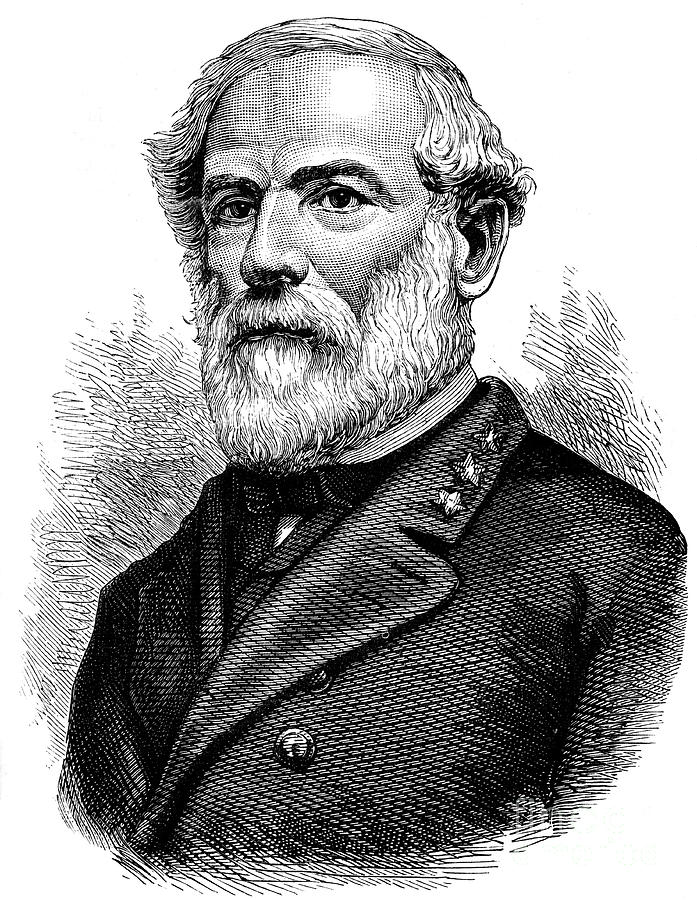 Robert E Lee, Confederate general of the American Civil War, (c1880). The foremost Confederate general of the American Civil War, Lee (1807-1870) took command of the Army of Northern Virginia in 1862. In 1865, the final year of the war, he was appointed General-in Chief of Confederate forces. He remains a revered figure to many in the American South. A print from Cassell's History of the United States, by Edmund Ollier, Volume III, Cassell Petter and Galpin, London, c1880. (Photo by The Print Collector/Print Collector/Getty Images)