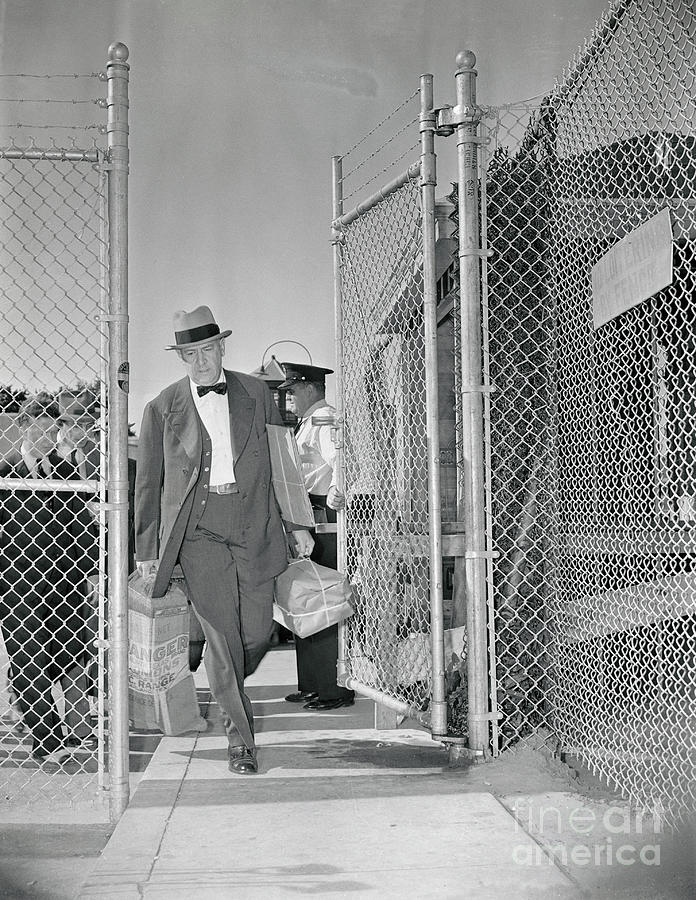 (Original Caption) Richard Whitney the former President of the New York Stock Exchange, is shown leaving Sing Sing prison, after he had been paroled on serving 40 months of the sentence imposed for Grand Larceny in the theft of $214,000 of his client's funds. From the gates of the grim prison, Whitney headed straight by auto for Barnstable, Massachusetts, where a job as Manager of a Dairy Farm awaits him. He will run the farm, owned by former Lt. Gov. Caspar G. Bacon of Massachusetts for $200. a month and board. Terms of his parole bar him from Wall Street.