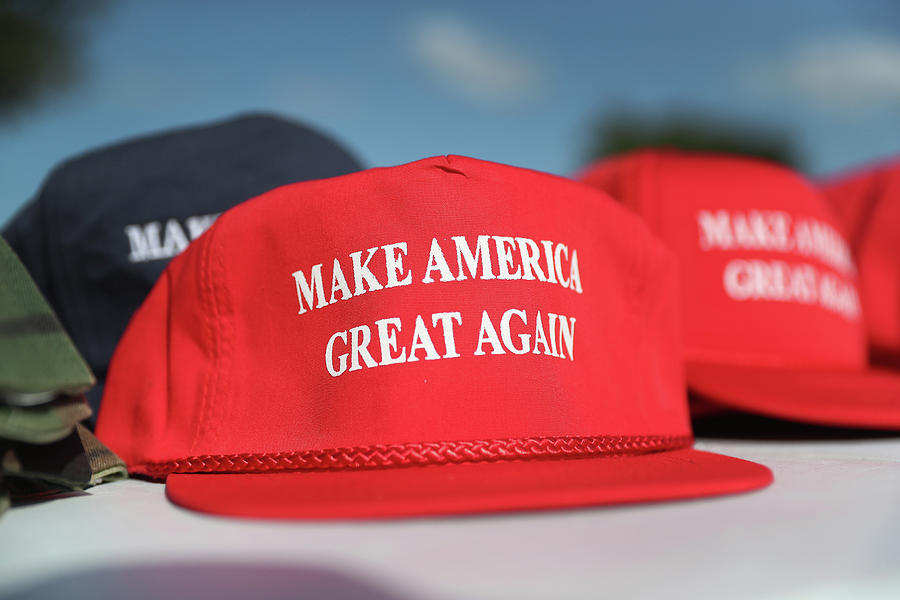 AUSTIN, TX - AUGUST 23: Memorabilia in support of Republican Presidential nominee Donald Trump is displayed for sale outside his campaign rally on August 23, 2016 in Austin, Texas. Thousands of supporters waited for Trump's address in Austin, one of the most traditionally progressive bastions in Texas, a conservative state. (Photo by John Moore/Getty Images)