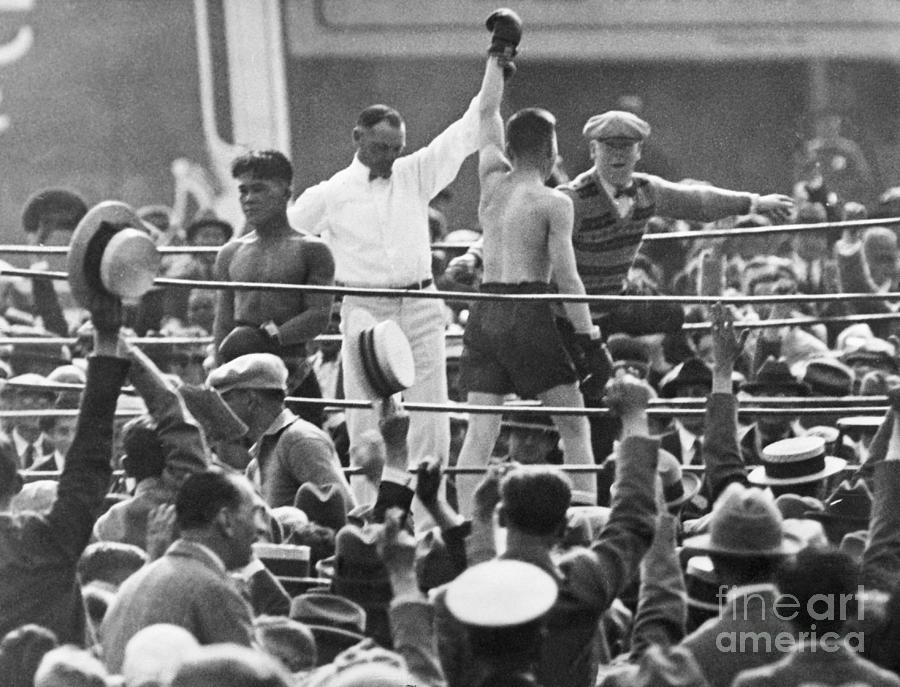 (Original Caption) 7/7/1925-Oakland, CA- Jimmy McLarnin won the referee's decision over Pancho Villa, world's champion flyweight, in their ten round battle at the Oakland, California Ball Park. A rally in the last few rounds won for the "Belfast Spider" after Villa had taken three of the first six rounds. Photo shows the referee holding up McLarnin's hand as he gave him the decision.