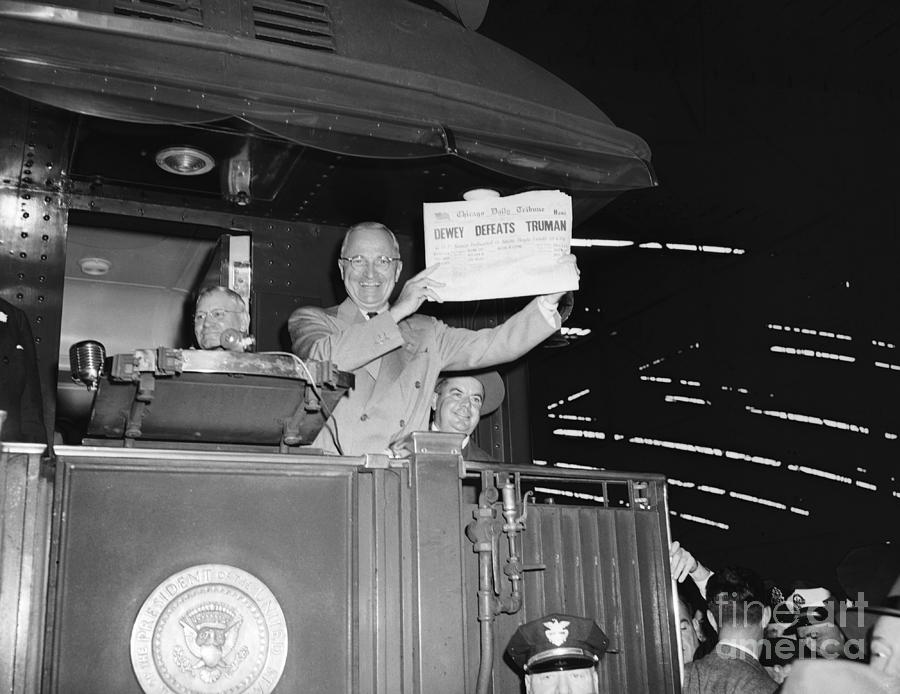 (Original Caption) 11/4/1948-St. Louis, Mo: This photo of President Harry S. Truman laughing as he holds an early edition of the Chicago Tribune for Nov. 4th, 1948, was taken by United Press staff photographer Frank Cancellare. The newspaper, whose headline jumped to an erroneous conclusion as early election returns came in, was shown to Truman as he stopped here during his victorious return trip to Washington, D.C. Photo shows Truman in general view at the podium.