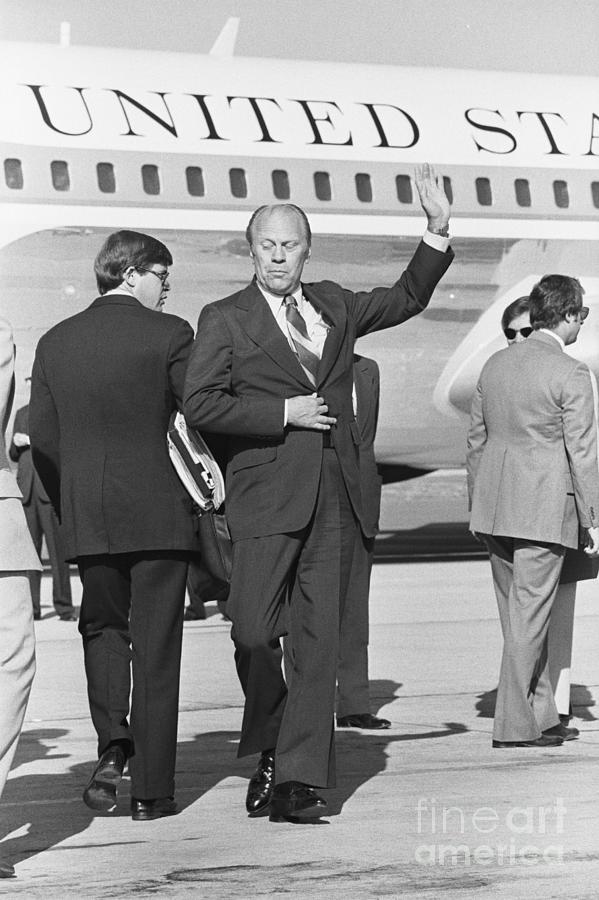 (Original Caption) SAN JOSE, CALIF: President Gerald Ford backs into Presidential Appointment Secretary Terry O'Donnel while on his way to Air Force One after talking with newsmen here. Ford told reporters he felt he was the only candidate that could win against any Democratic nominee in November. Ford left San Jose for a campaign swing through Ohio later today.