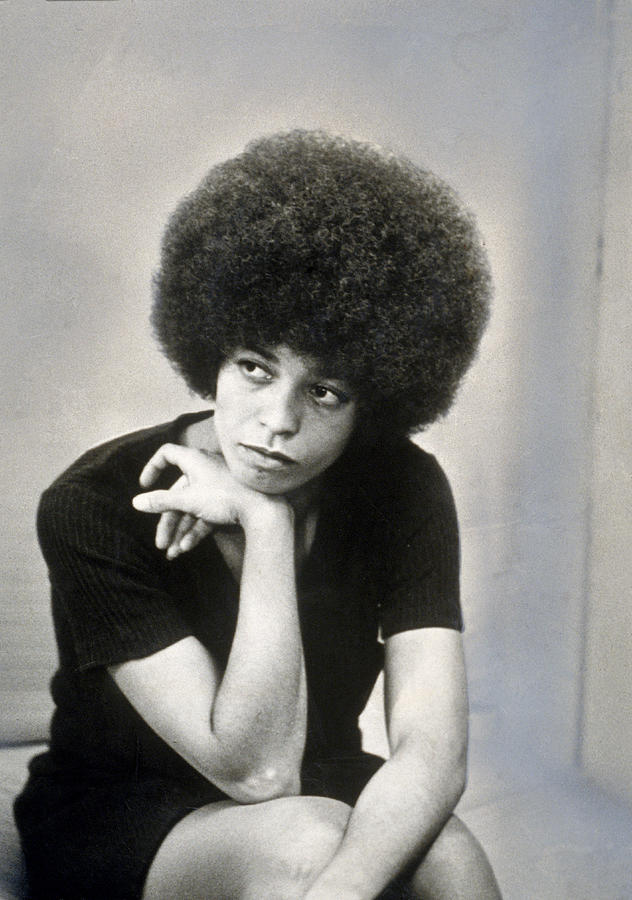 American revolutionary and educator Angela Davis sits with her head on her hand, shortly after she was fired from her post as philosophy professor at UCLA due to her membership of the Communist Party of America, 27th November 1969. Davis followed up her brilliant early academic career by joining the Black Panthers and being listed on the FBI Most Wanted list. She was acquitted of all charges and continues to be a writer, educator, and activist for race, class, and gender equality. (Photo by Hulton Archive/Getty Images)