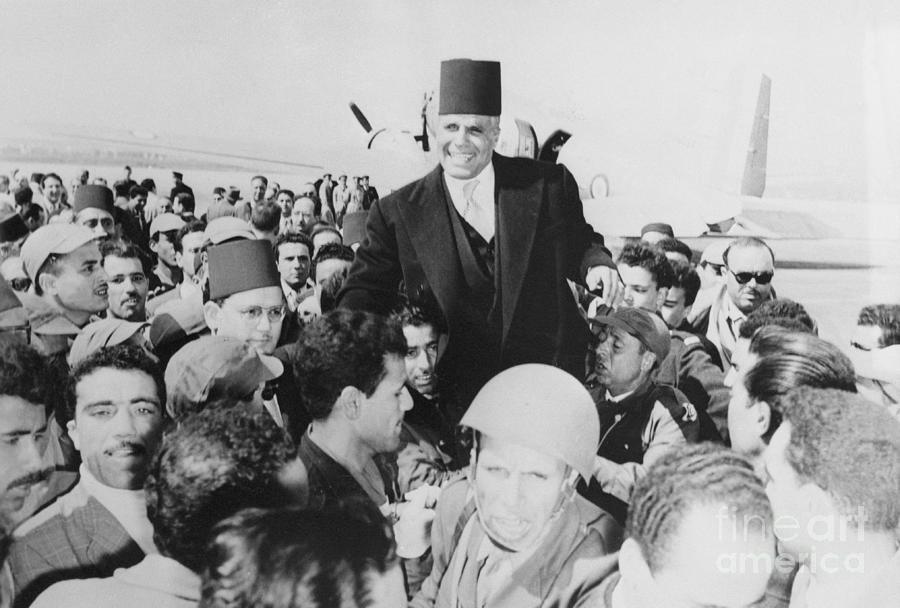 (Original Caption) Tunisian crowds carry in triumph Neo Destour, (Nationalist), party leader Habib Bourguiba upon his return from Paris after the signing of the Franco-Tunisian Common Protocol proclaiming the independence of the protectorate, which he was instrumental in obtaining. In the foreground are helmeted members of the Tunisian Armed Forces.