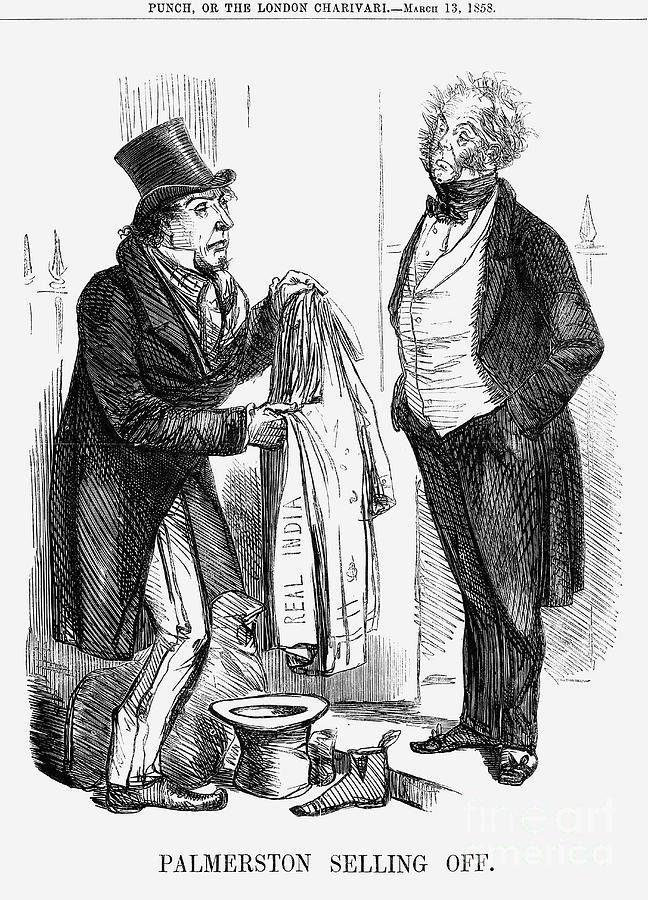 'Palmerston selling off', 1858. Palmerston, out of office following the failed Conspiracy to Murder Bill, is selling all his old working clothes to Disraeli. Disraeli is caricatured as a down-at-heel street-trader, but certainly, many of those buying and selling old clothes in London came from the Jewish community. Palmerston is seen in his house shoes, selling his top hat, his boots and his shirt. Disraeli feels the quality of the material, his eyes squinting in calculation. Disraeli was to become Chancellor of the Exchequer in the next government. From Punch, or the London Charivari, March 13, 1858. (Photo by The Cartoon Collector/Print Collector/Getty Images)