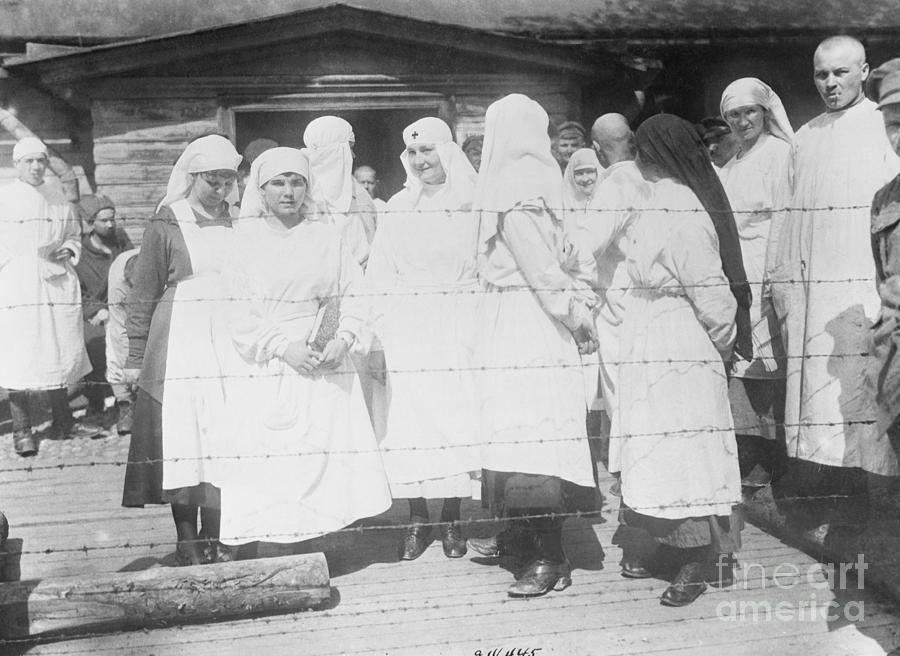 (Original Caption) Estonia: Estonian Nurses Brave Death To Help Typhus Victims. Estonian nurses on duty in the typhus hospital at Narva, Esthonia. Most of the victims are former soldiers of the Russian Army. The nurses received ten cents a day and half of the staff have died of the dread disease since the hospital was opened. Estonia is a new Republic on the Baltic having formerly been a part of the Russian Empire.