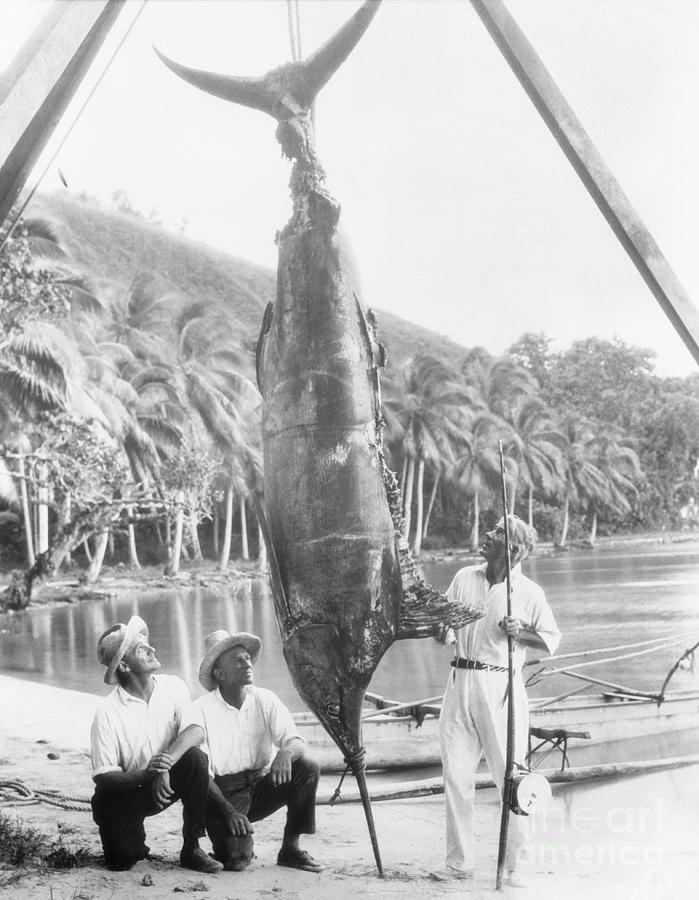 (Original Caption) South Seas: A Giant Sea Monster. This photograph is of a new species of swordfish caught by Zane Grey, novelist, in the South seas. He calls it Giant Tahitian Striped Marlin. Length nearly 15 feet, girth 6 feet and 9 inches, weight 1040 pounds. after being gaffed, it was attacked by sharks. They tore 200 pounds from one side and around the tail. Otherwise it would have weighed close to 1300 pounds. Photo shows the world's largest great game fish ever taken on rod and reel. Zane Grey (Right), holding tackle with which he caught the monster.