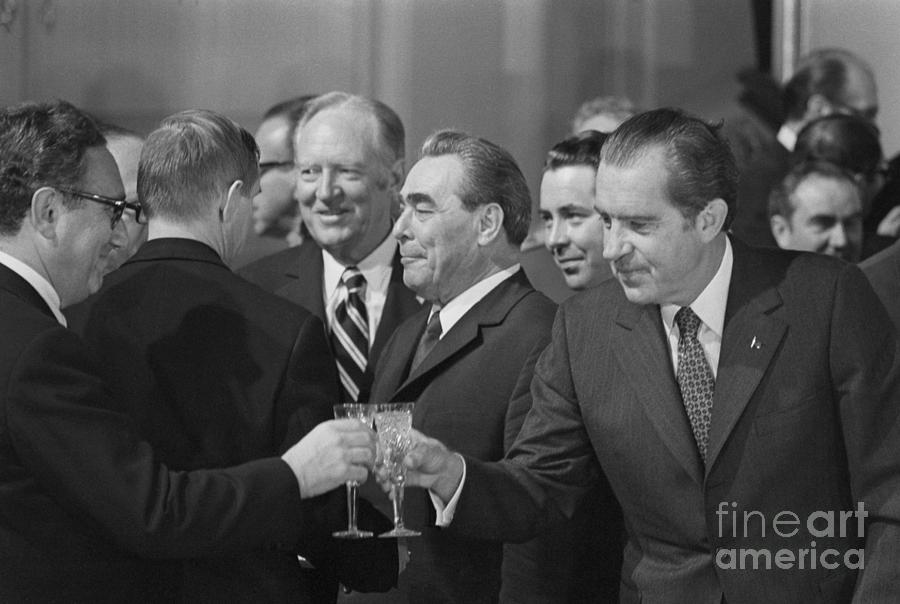 (Original Caption) Moscow: US President Nixon reaches to clink his glass with that of Dr. Henry Kissinger, Presidential Advisor, in Moscow May 26th after signing of a strategic-arms limitation agreement with Soviet leaders. Just behind the glasses are US State Secretary William Rogers (l) and Soviet Russia's Leonid Brezhnev, Communist Party General Secretary. Kissinger was responsible for many of the reparations and details of the summit conference. 6/6/1972