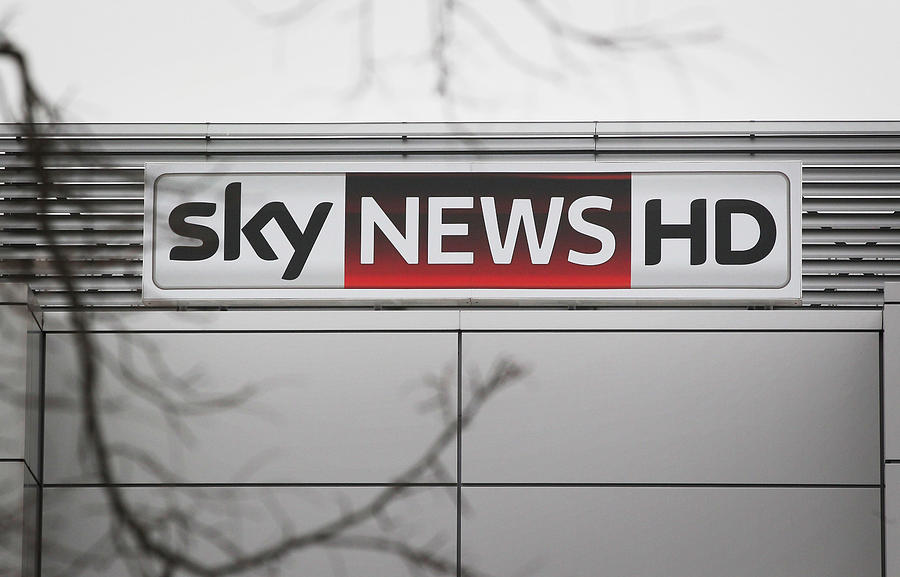 OSTERLEY PARK, ENGLAND - MARCH 03: A sign hangs on the front of the Sky News headquarters building on March 3, 2011 in Osterley Park, England. The British government has given the go-ahead for Rupert Murdoch's News Corporation to takeover satellite broadcaster BSkyB. The deal has been allowed after News Corporation offered to spin off Sky News. (Photo by Peter Macdiarmid/Getty Images)