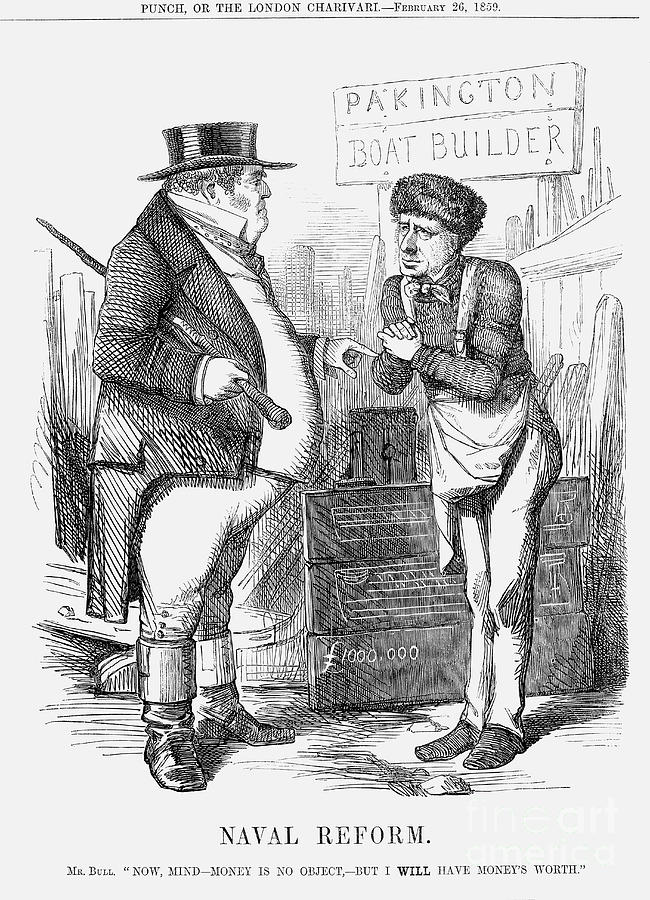 'Naval Reform', 1859. In 1859, there was an ongoing struggle between France and Austria over Italian independence as the Italian states tried to rid themselves of despotic rulers. Britain was generally supportive of the Italian struggle but very suspicious of French involvement and intentions. Napoleon fought an only partly conclusive war with Austria to help achieve Italian independence of Austrian rule of some of its regions. Whilst Britain was not directly involved at this time, the conflicts in Europe revived fears of the possibility of war with France. Here, John Bull, the representative of the British People, is instructing First Lord of the Admiralty, Sir John Pakington, who has adopted the subservient posture of the shopkeeper, that the money newly allocated for improving the fleet should be well spent. From Punch, or the London Charivari, February 26, 1859. (Photo by The Cartoon Collector/Print Collector/Getty Images)