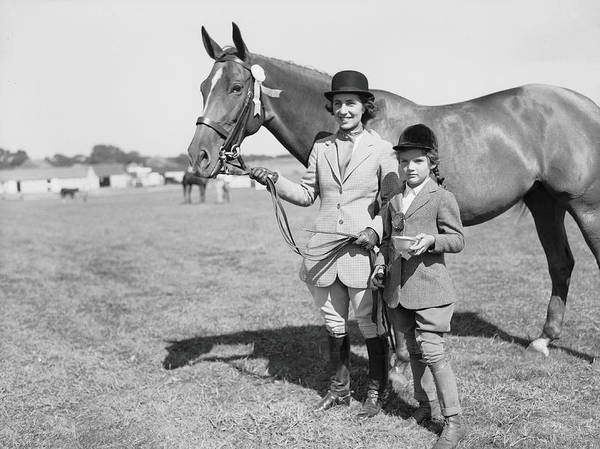 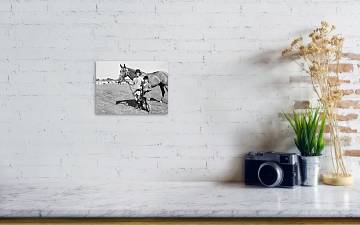 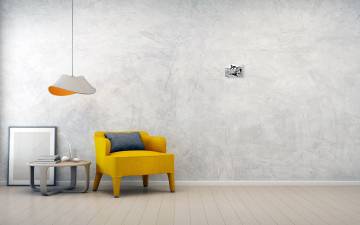 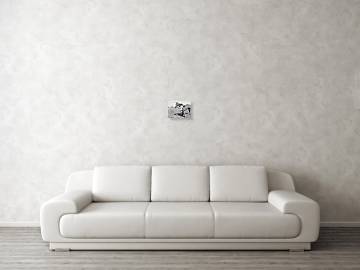 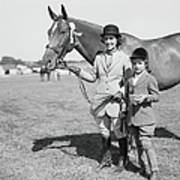 Mother & Daughter Equestrians art print by Bert Morgan.   Our prints are produced on acid-free papers using archival inks to guarantee that they last a lifetime without fading or loss of color. All art prints include a 1" white border around the image to allow for future framing and matting, if desired.

American socialite Janet Lee Bouvier (1907 - 1989) (left) and her young daughter, future first lady Jacqueline Bouvier (1929 - 1944), both dressed in riding habits, stand on a lawn and pose with their horse 'Stepaside' at the East Hampton Horse Show, East Hampton, New York, August 14, 1937. Both mother and daughter were winners in the 'Family Class' of the equestrian event. (Photo by Morgan Collection/Getty Images)Image provided by Getty Images.