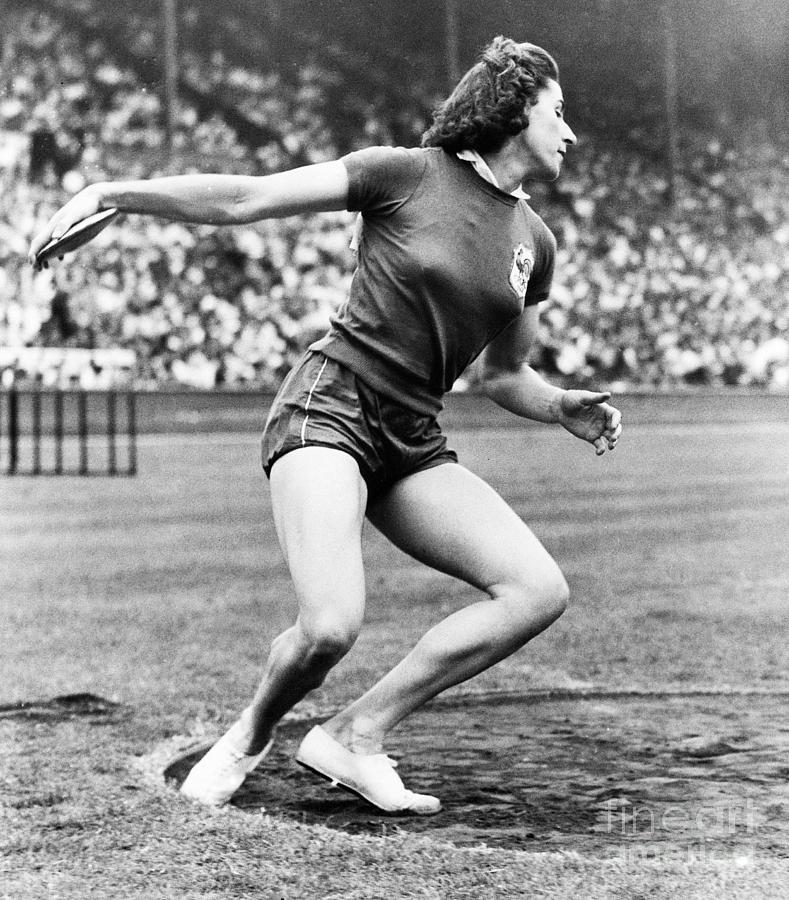 (Original Caption) 1948-London, England- A girl who earned the cheers of the crowd competing in athletic events, France's Micheline Ostermeyer has gone on to further triumphs in the concert hall. Once an Olympic Champion in the discuss throw, she's now a top-flight concert pianist. Micheline took up music at the age of four and didn't turn to sports until during World War II. She's shown tossing the discuss. An event she won at the London Olympics of 1948.