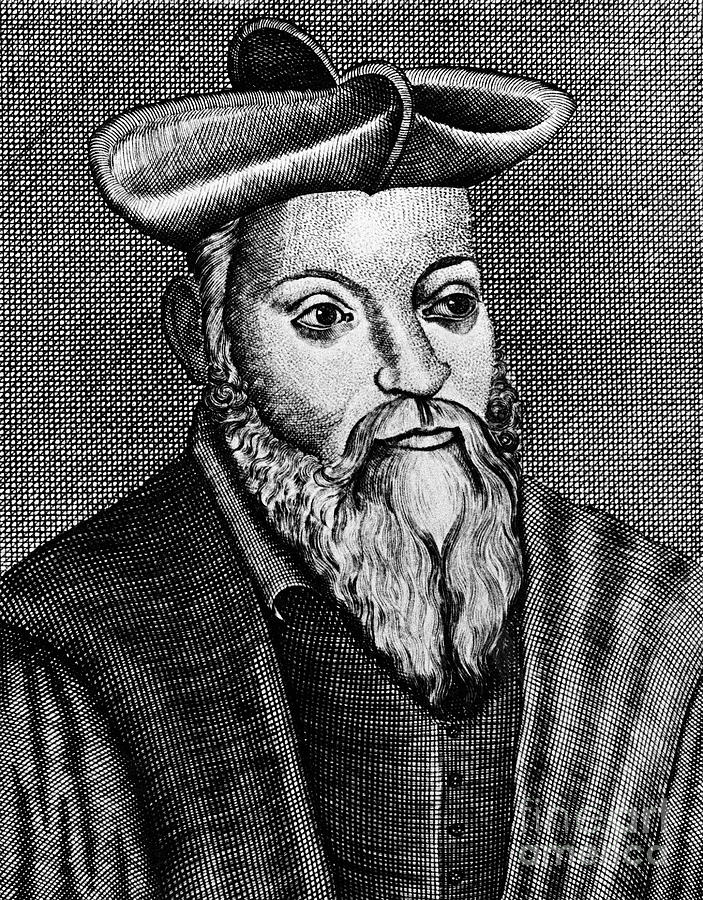 Michel Nostradamus (1503-1556), French physician and astrologer, 17th century. Nostradamus established a reputation as a doctor for producing remarkable cures for victims of the plague in the south of France. In 1555 he published Centuries, a book of prophecies which gained him favour with the French court and which continues to cause fascination to this day. It is claimed that amongst the events Nostradamus predicted are the rise of Hitler, the assassination of Kennedy and the terrorist attacks on the USA on September 11 2001. Sceptics say that his writings are open to many interpretations however. (Photo by Ann Ronan Pictures/Print Collector/Getty Images)