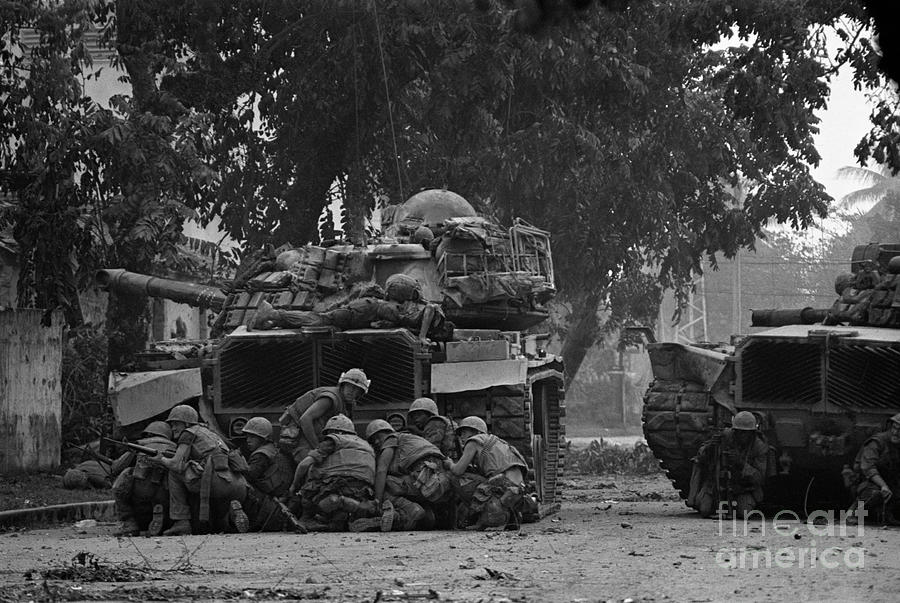 (Original Caption) 2/1/1968-Hue, South Vietnam- US Marines take cover behind a tank in Hue 2/1 after Viet Cong terrorists snipers opened fire on them. The Marines, along with the South Vietnamese troops, were battling an estimated 2,000 Viet Cong who occupied parts of this ancient, Imperial city.