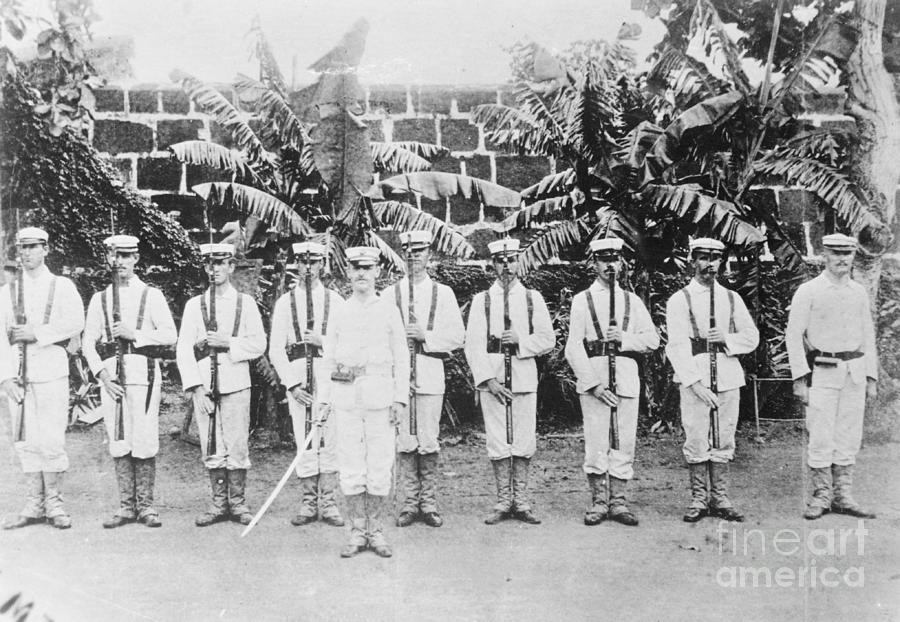 (Original Caption) This picture, made at Cavite, shortly after Admiral George E. Dewey's American fleet had routed the Spanish at Manila Bay, shows First Lieutenant Dion Williams, USMC, and the marine detachment which ran up the first American flag to fly over the Philippines on May 3, 1898. They are shown as they rendered military courtesies to Admiral Dewey on his first visit ashore. Of the fall of Cavite to the Japanese in the current war, Williams' only statement was: "We put our flag there once. We'll do it again."