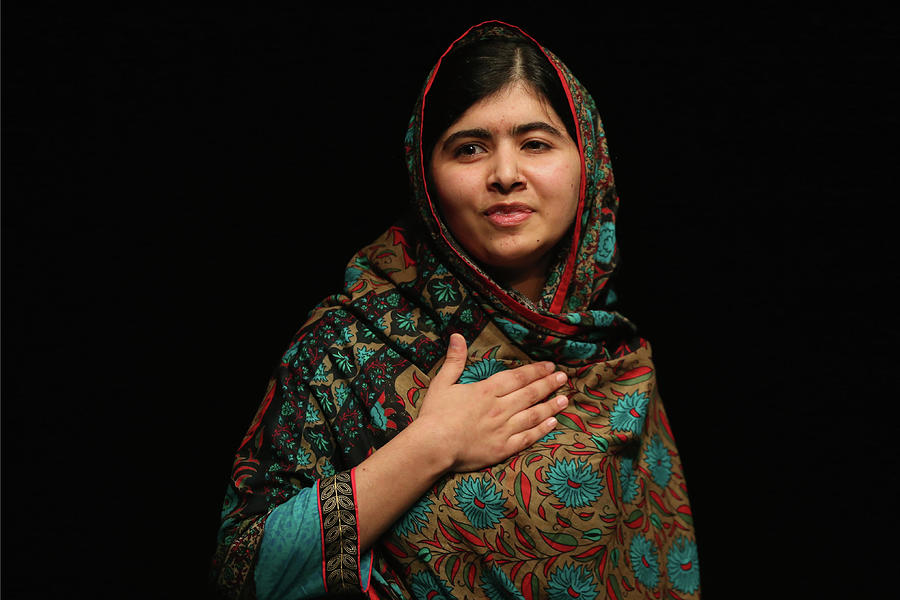 BIRMINGHAM, ENGLAND - OCTOBER 10: Malala Yousafzai speaks during a press conference at the Library of Birmingham after being announced as a recipient of the Nobel Peace Prize, on October 10, 2014 in Birmingham, England. The 17-year-old Pakistani campaigner, who lives in Britain where she received medical treatment following an assassination attempt by the Taliban in 2012, was jointly awarded the Nobel peace prize with Kailash Satyarthi from India. Chair of the Nobel Committee Thorbjorn Jagland made the announcement in Oslo, commending Malala for her 'heroic struggle' as a spokesperson for girls' rights to education. (Photo by Christopher Furlong/Getty Images)