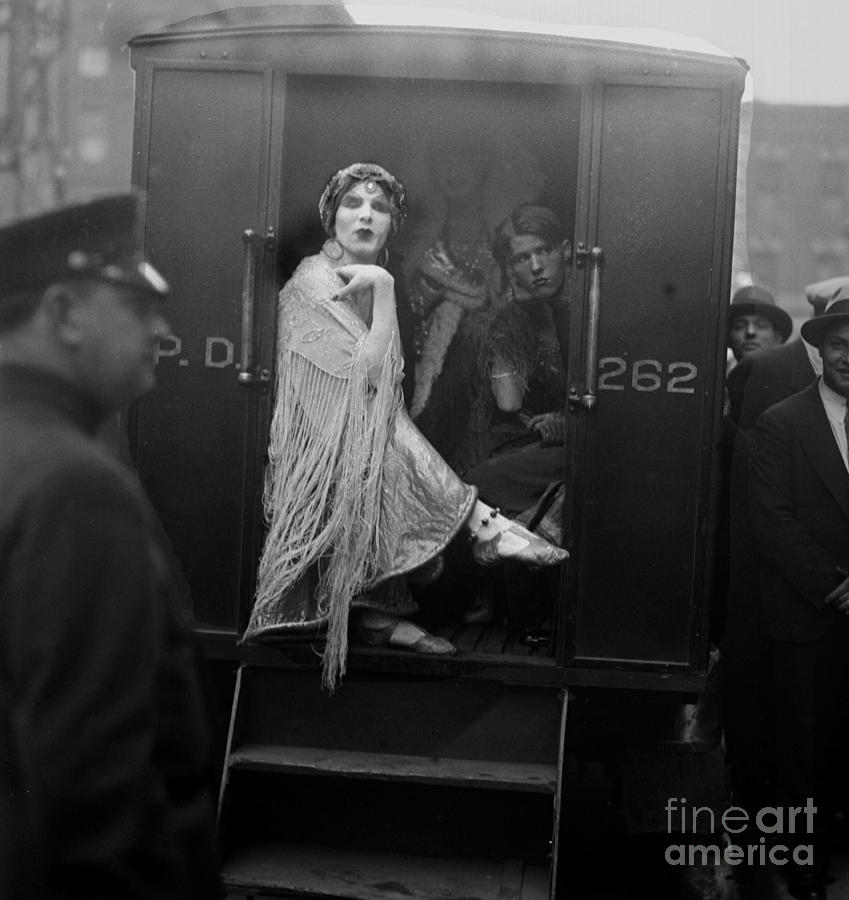 UNITED STATES - OCTOBER 03: Mae West and 43 principals, 13 extras, five members of a stage orchestra, a dozen stage hands and sundry attaches of her latest and most advanced profound sociological drama, "Pleasure Man", were arrested at the drop of the final curtain of the play's Broadway premiere. The play, described by one police observer as "The most sinister show ever produced on Broadway," has to do with the pastimes and preoccupations of female impersonators. (Photo by NY Daily News Archive via Getty Images)