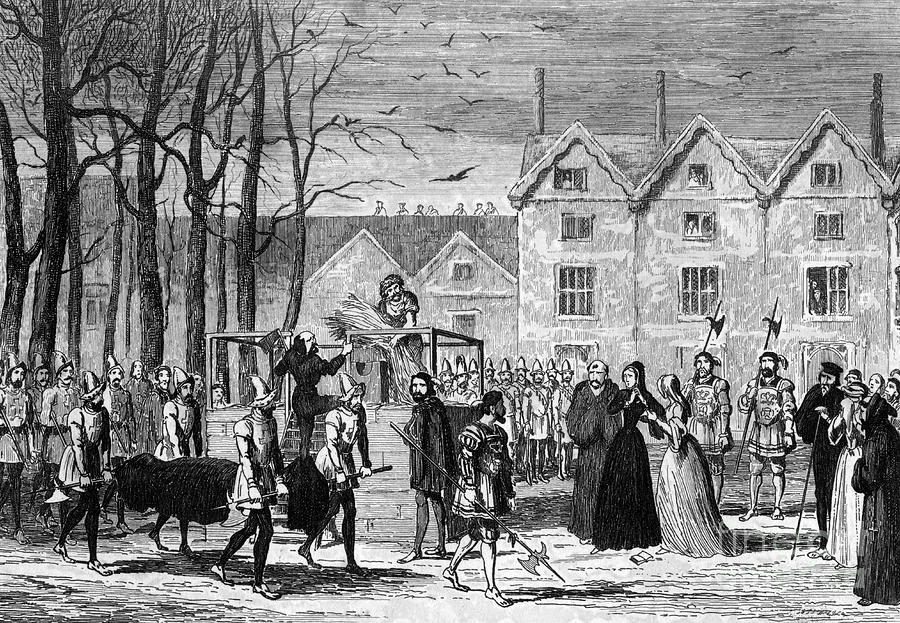 Lady Jane Grey meeting the body of her husband on the way to the scaffold, 1554 (1840). A grandniece of Henry VIII, Lady Jane Grey was proclaimed queen on Edward VI's death in 1553 in an attempt to secure a Protestant succession. Only a few days later Henry's eldest daughter, the Catholic Mary Tudor, claimed the throne. Jane was deposed and imprisoned, together with her husband, Lord Guilford Dudley, in the Tower of London. They were both executed for high treason on 12th February 1554, after Mary became convinced that they were potential rallying figures for rebellions. A print from The Tower of London a Historical Romance, by William Harrison Ainsworth. (London, 1840). (Photo by The Print Collector/Print Collector/Getty Images)