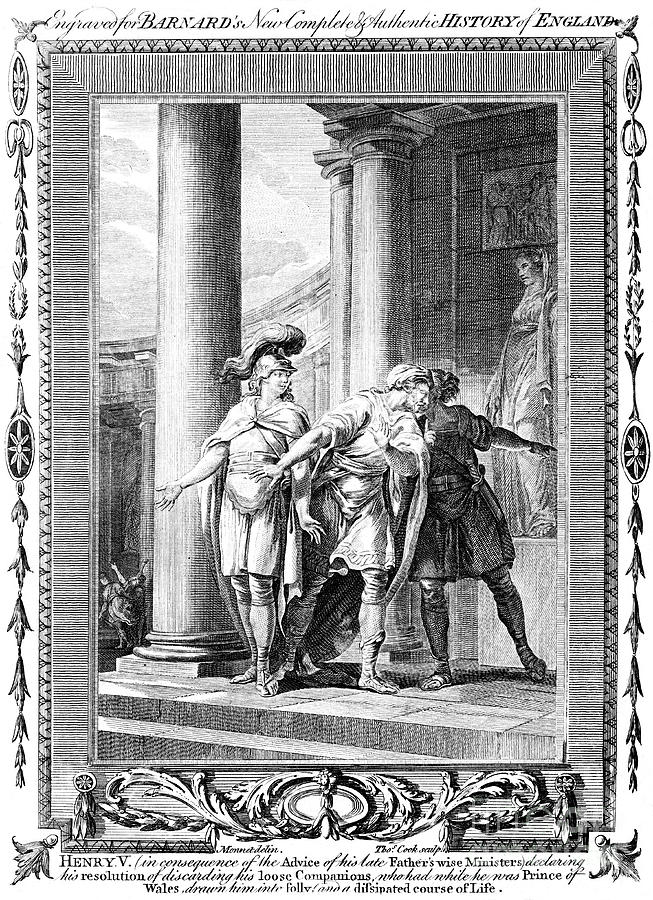 King Henry V (1387-1422), 19th century. Henry V reigned as King of England from 1413 to 1422. He was son of Henry of Bolingbroke, later Henry IV, and Mary de Bohun, who died before Bolingbroke became king. He is popularly regarded as one of England's greatest kings, primarily because of his exploits in war against the French, beginning with his victory at Agincourt in 1415. Engraved for Barnard's New Complete and Authentic History of England. (Photo by The Print Collector/Print Collector/Getty Images)