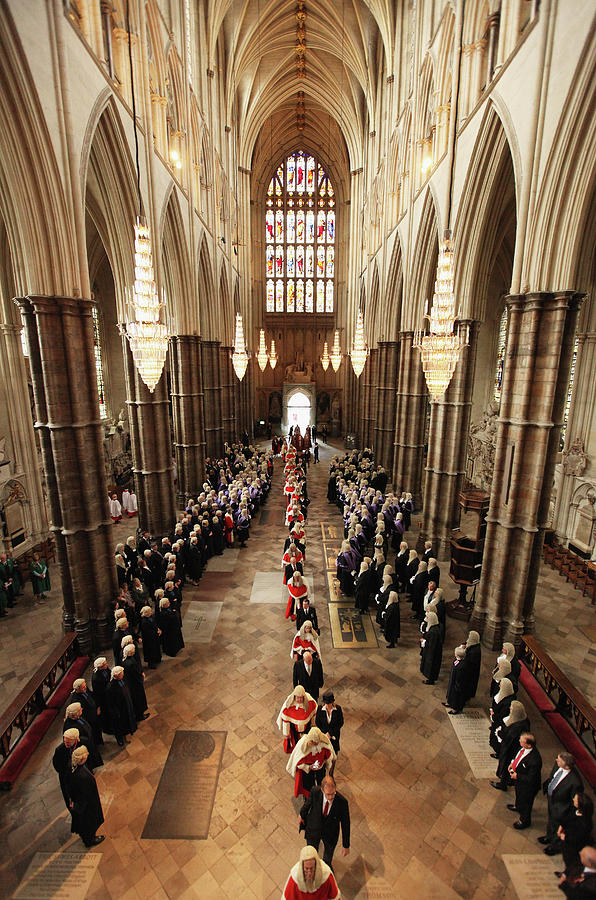 LONDON, ENGLAND - OCTOBER 01: Judges process into Westminster Abbey on October 1, 2009 in London, England. The ceremony marks the start of the legal year with a traditional religious service, arriving from the Royal Courts of Justice for a service which is followed by a procession to The Houses of Parliament and then a reception held by the Lord Chancellor. The ceremony in Westminster Abbey has roots in the religious practice of the judges praying for guidance at the start of the legal year. The custom dates back to the Middle Ages when the High Court was held in Westminster Hall. (Photo by Dan Kitwood/Getty Images)