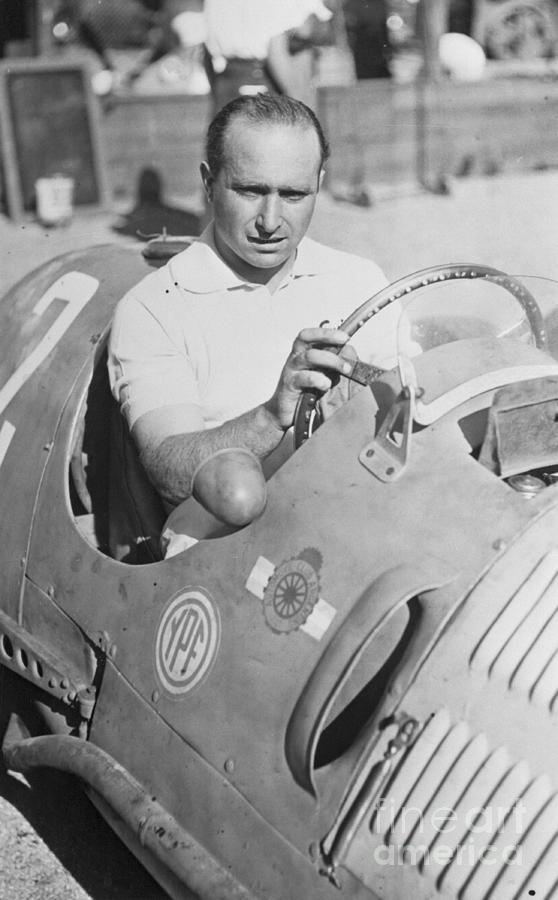 (Original Caption) Juan Manuel Fangio, who already held a world's championship racing title, added a victory in the Uruguayan Tourist Commission's International Grand Prize Race, to his list of triumphs here on March 23, 1952. He crossed the finish line of the city's racing course after averaging 103 kilometers per hour over the 172 kilometer run. No record for the course has been established as yet, since this was the first major event held upon it. Gangio was followed by "Chico" Landi of Brazil.