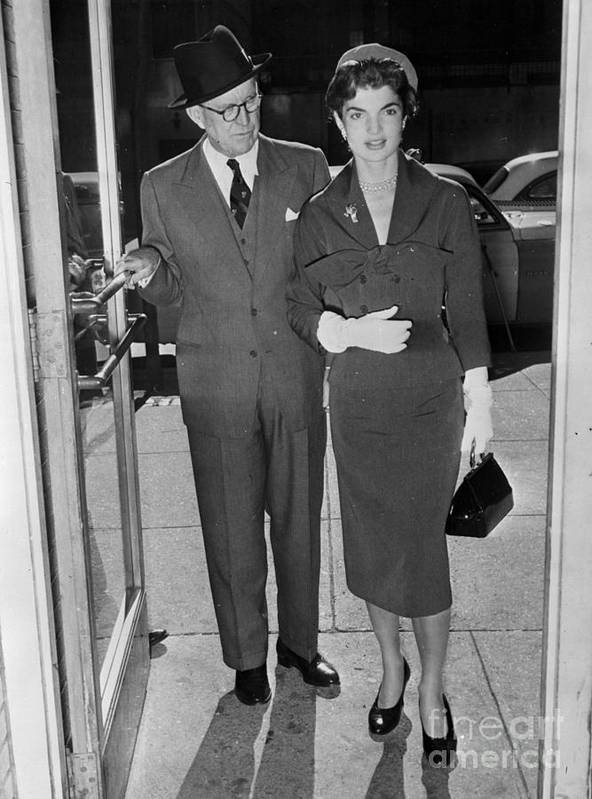 Joseph P. Kennedy With Daughter-in-law art print by Bettmann.   Our art prints are produced on acid-free papers using archival inks to guarantee that they last a lifetime without fading or loss of color. All art prints include a 1" white border around the image to allow for future framing and matting, if desired.

(Original Caption) 10/22/54-New York: Joseph P. Kennedy, former ambassador to England and father of Senator John Kennedy, is shown with his daughter-in-law, Jacqueline Kennedy, wife of the Senator as they arrived at the Hospital for Special Surgery today where the Senator is recovering after undergoing surgery for a back injury sustained during the war.Image provided by Getty Images.