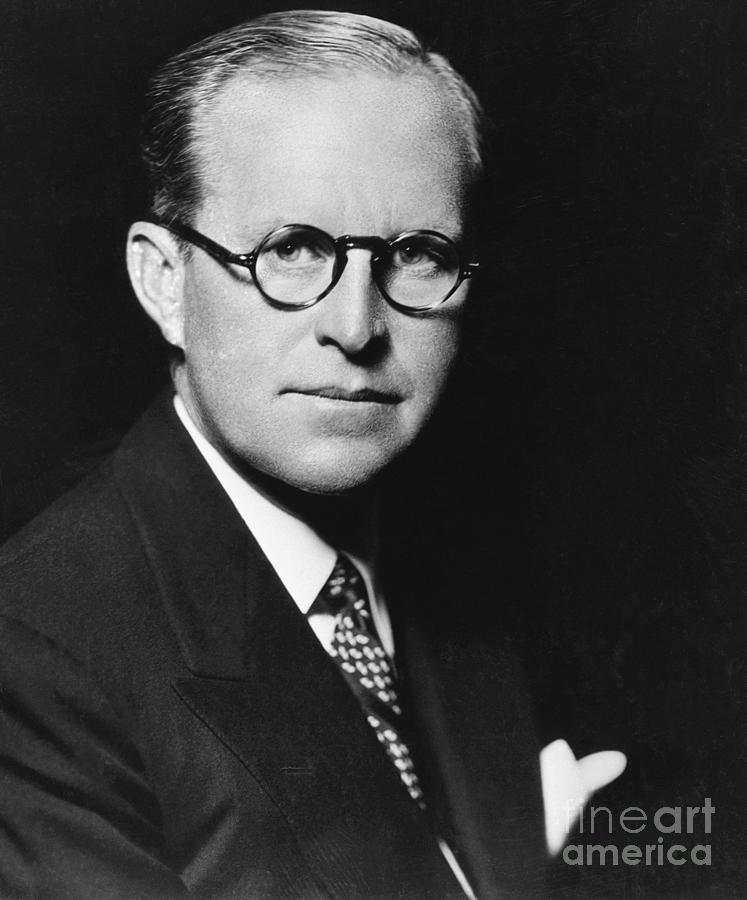 (Original Caption) 7/3/1934-New York, NY-Joseph P. Kennedy, who was appointed chairman of the newly-created Securities and Exchange Commission by the President Roosevelt, just before the nation's executive sailed for the Carribbean. Mr. Kennedy will hold important powers in the fixing of margins and other regulatory acts of the new stock bill. Before taking his post he was a Boston banker and head of a movie company.