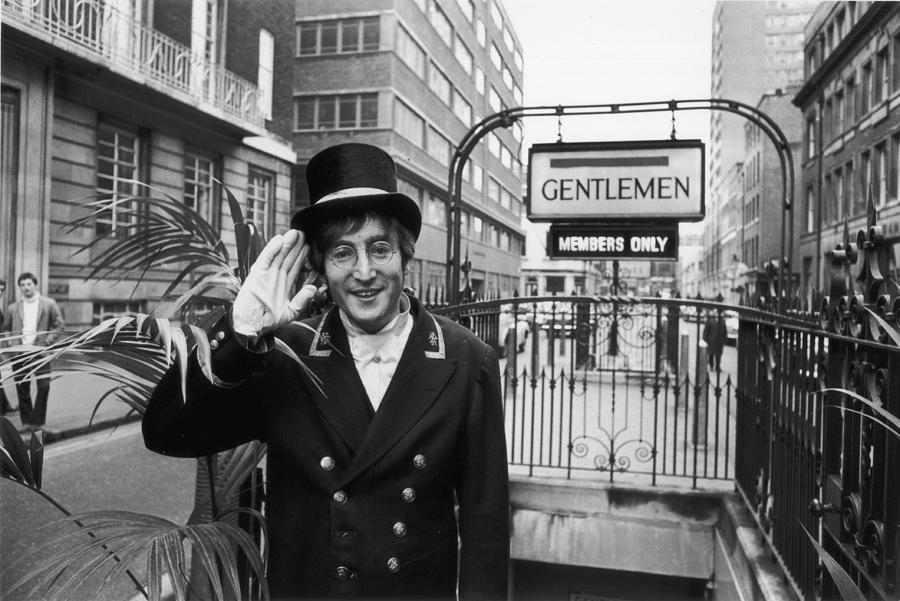 27th November 1966: British rock musician and member of The Beatles John Lennon (1940 - 1980), dressed as a Public Lavatory Commissionaire during the filming of the 'Not Only...But Also' Christmas Special, starring Peter Cook and Dudley Moore. He is outside a public convenience near Berwick Street, in London's Soho. (Photo by Ron Case/Keystone/Getty Images)