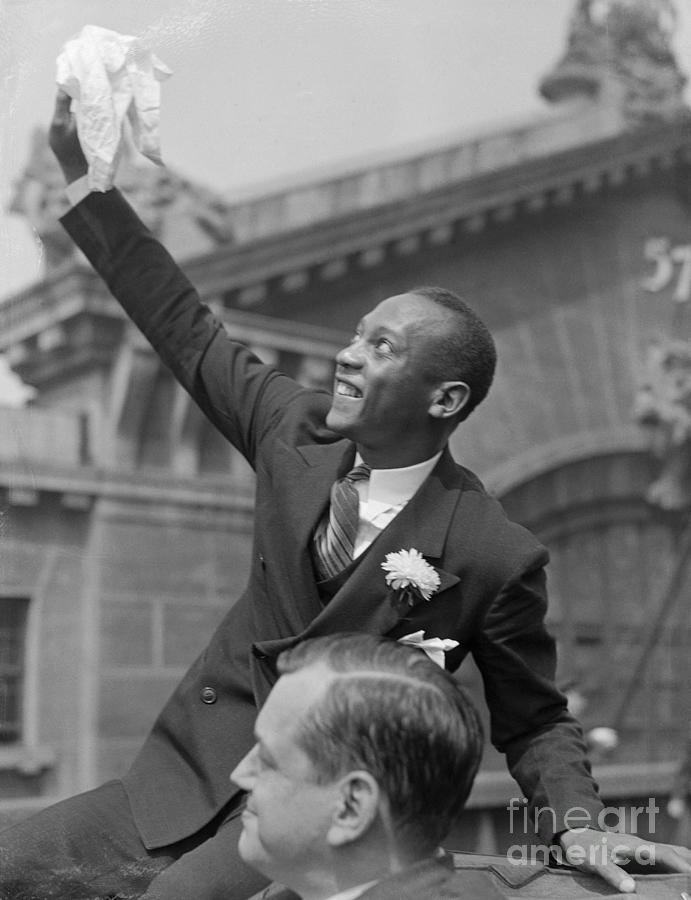 (Original Caption) 9/3/36: Jesse Owens, sensational track star of the Olympic games, waving to crowds during the "ticker-tape" parade up Manhattan in honor of the Olympic athletes. Fifty-two members of the Olympic squad, last of the 150 American athletes to return from Germany, arrived in New York, Sept. 3 on the liner Manhattan. Others of the squad who arrived last week joined them in the parade.