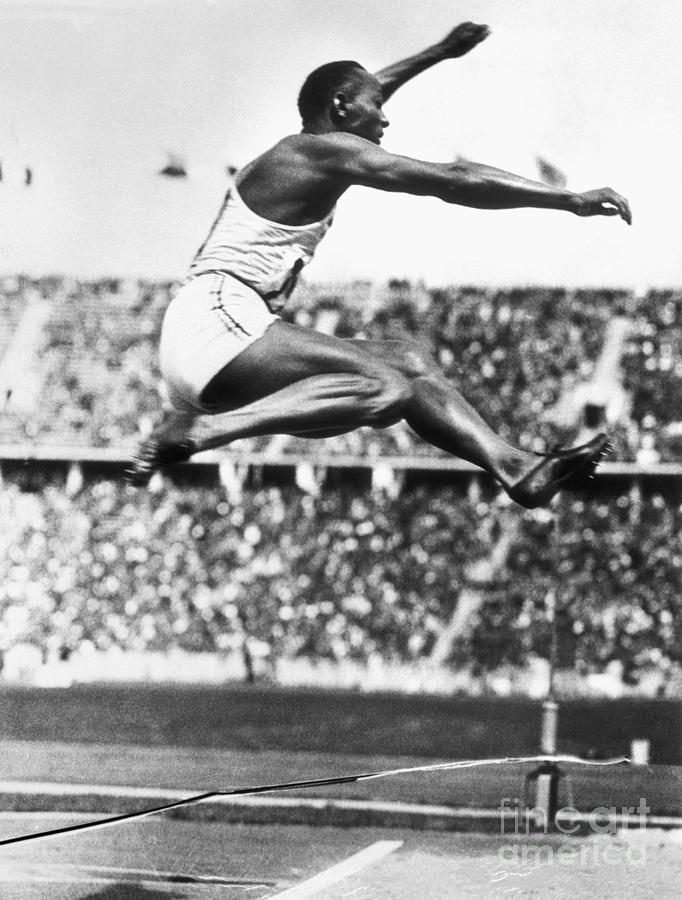 American track athlete Jesse Owens makes the long jump that set an Olympic record in Berlin at the 1936 Olympic Games. His performance at the Games in several events was one of the major upsets to German dictator Adolf Hitler's hopes that German athletes would prove their superiority in athletic endeavors.