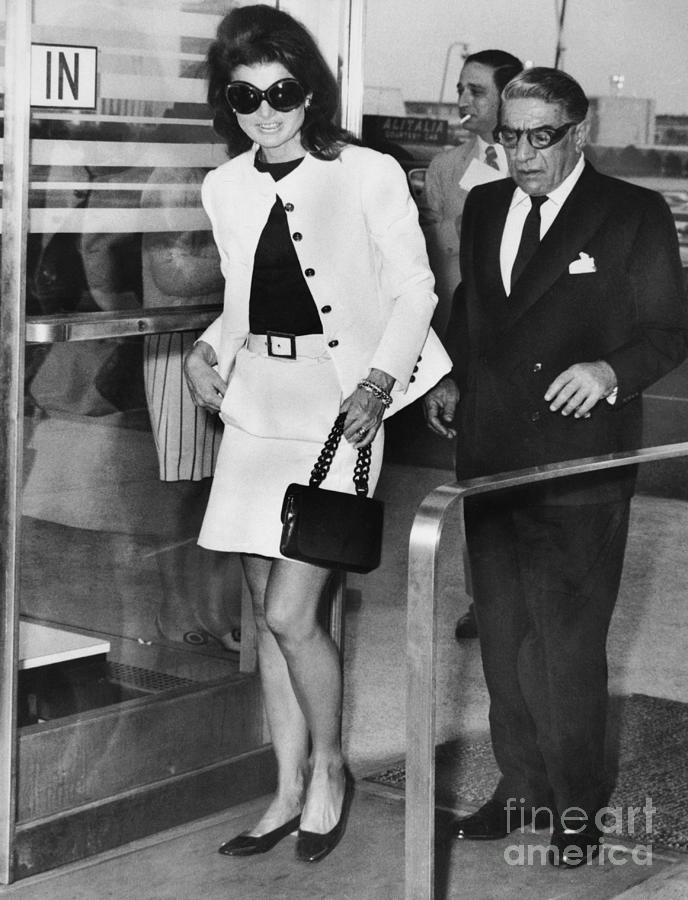 (Original Caption) Wearing mod sunglasses and a miniskirt, Jacqueline Kennedy Onassis accompanies her husband, Aristotle, to a plane at Kennedy Airport on today, before the Greek shipping magnate took off for Athens. Ari was flying his own Olympic Airways to Europe and Jackie came along to the airport to say goodbye.