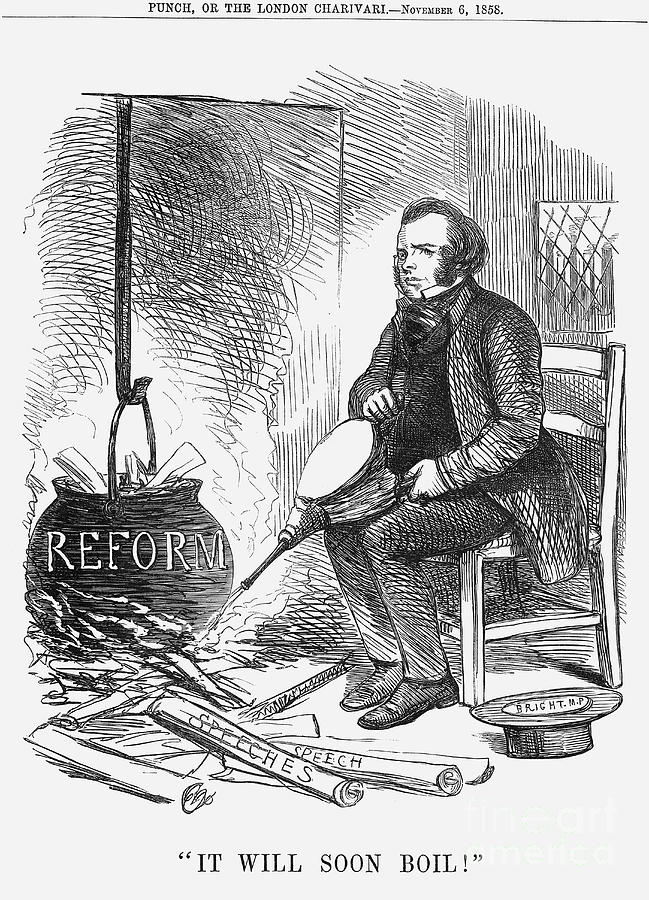 It Will Soon Boil!, 1858. This cartoon shows the Birmingham MP, John Bright. On the 29th October, Bright delivered himself of an impassioned speech on the subject of Parliamentary Reform. Too many laws and taxations were, he declared, components of a 'gigantic system for the out-door relief of the aristocracy of Great Britain'. Here, Bright is seen puffing the hot air of his speeches to the blazing fire in an effort to bring his cauldron of reform to the boil. From Punch, or the London Charivari, November 6, 1858. (Photo by The Cartoon Collector/Print Collector/Getty Images)