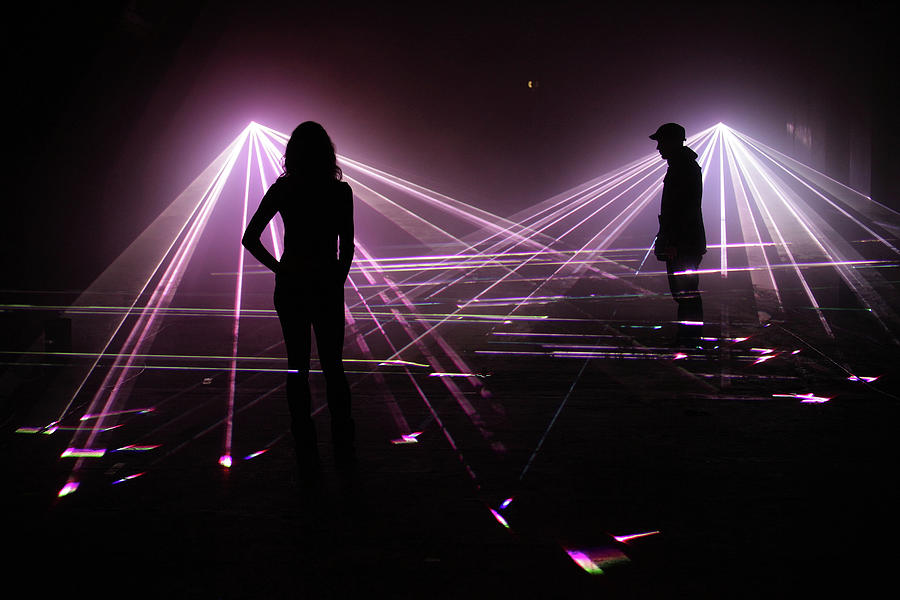 LONDON, ENGLAND - MARCH 30: Artists pose in a laser projection entitled 'Speed of Light' at the Bargehouse on March 30, 2010 in London, England. Commissioned to celebrate the 10th anniversary of the arrival of broadband internet connections in the United Kingdom, visitors will experience the speed of light from 148 lasers on six floors of the Bargehouse on the South Bank. (Photo by Peter Macdiarmid/Getty Images)