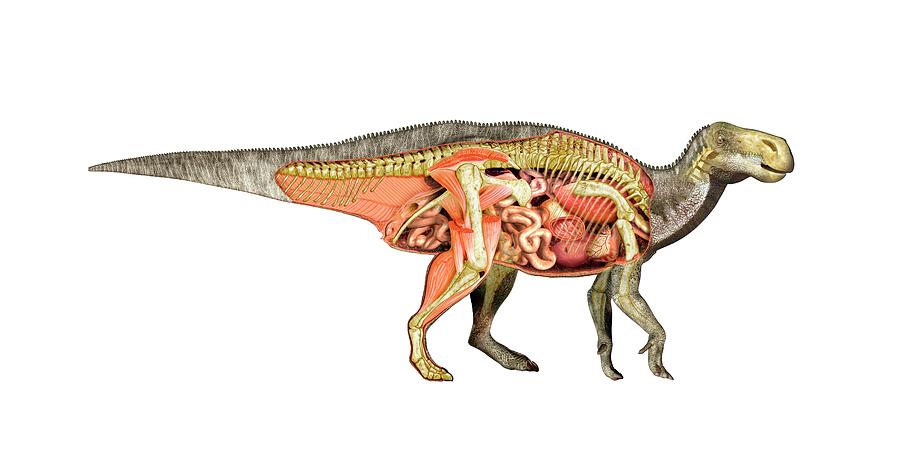 Iguanodon anatomy, computer artwork. Iguanodon was one of the most widespread dinosaurs, and fossils have been found in many regions, including Europe and North America. It was a herbivorous dinosaur that is thought to have lived in large herds. It grew to a length of around ten metres, and stood about five metres tall. It lived from around 140 to 110 million years ago, in the lower (early) Cretaceous period.