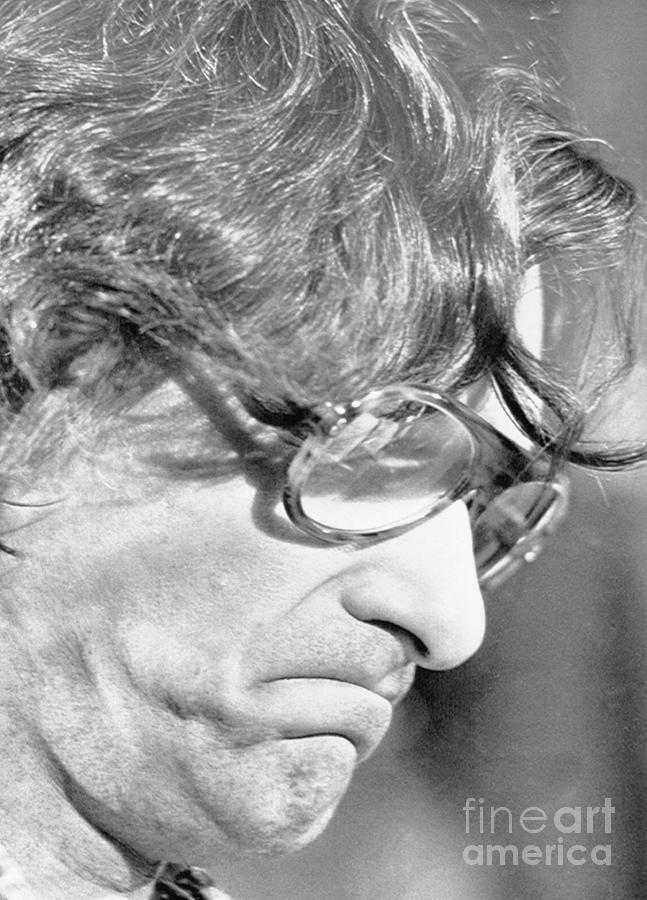 (Original Caption) Chicago: Haggard and apparently overcome by emotion, Hugh Hefner, publisher of Playboy magazine, reads statement January 14th at news conference in connection with the January 13th suicide of his executive secretary, Bobbie Arnstein. In his first public statement on Miss Arnstein's death, Hefner said federal narcotics agents harassed her because of her connection with him and because they wished her to testify or give information against him. Miss Arnstein, 32, was under a 15 year prison sentence on federal drug charges and was free pending her appeal and a court-ordered psychiatric examination.