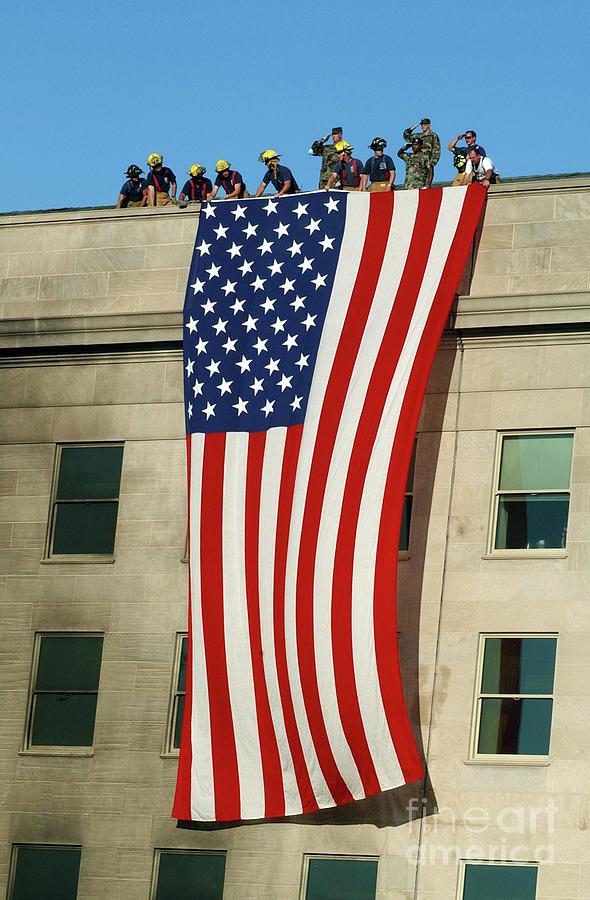 394422 01: Military service members salute as fire and rescue workers unfurl a huge American flag September 13, 2001 over the side of the Pentagon in Arliongton, VA during rescue and recovery efforts following the September 11, 2001 terrorist attack. The attack came at approximately 9:40 a.m. as a hijacked commercial airliner, originating from Washington D.C.'s Dulles airport, was flown into the southern side of the building. (Photo byMichael W. Pendergrass /U.S. Navy/Getty Images)