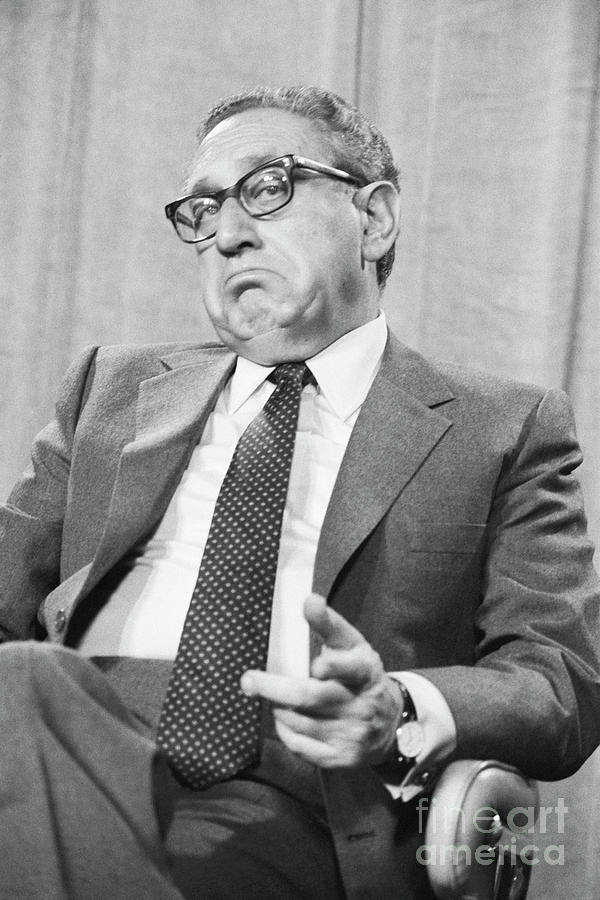 Former Secretary of State Henry Kissinger appears on "This Week with David Brinkley" on October 23, 1983, saying that the U.S. should perhaps expand the Marine contingent in Lebanon. On the same day, several hundred Marines were killed by a car-bomb in Beirut.